What Is Permissive Parenting?

Yet, despite the good intentions with permissive parenting, problems occur when they fail to set appropriate boundaries for their children.

Many parents feel that permissive parenting is a positive method of raising their children while others shake their heads in dismay at the idea of giving in to their children's wants. 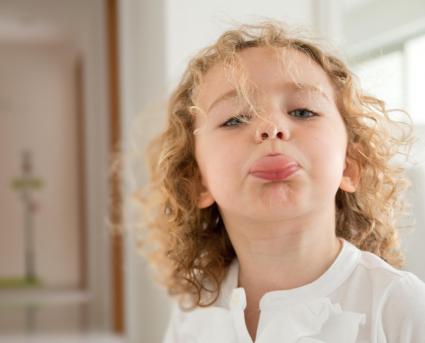 While permissive parents feel that they are winning their children's love via their leniency, this type of parenting may generate unintended results. Children need to know what to expect, and in an overly lenient household where very few boundaries or logical consequences exist, children lack the consistency required in their lives for security. Setting clear boundaries provides consistency that allows children to feel secure. When children function within determined boundaries, they develop a sense of pride, self-esteem, and citizenship within the family. Children in permissive households may also learn behaviors that do not serve them well in adulthood, such as manipulative behavior, lacking a sense of self-discipline, and an inability to cope with authority.

There are both positive and negatives when it comes to this parenting style:

Proponents of permissive parenting are accustomed to arguing their points and singing the praises of this parenting method. While some practice permissiveness simply because they aren't familiar with any other type of parenting, others make an active choice to parent in this manner, and they cite the following reasons why:

While there are many parents who choose to be permissive with their children, there are others who strongly oppose this theory. They cite the following reasons for their belief that permissive parenting can actually harm a child which include:

Permissive parenting itself is not necessarily neglectful. Those who practice permissive parenting do interact with and respond to their children. They would never ignore or neglect their children. They are very loving and nurturing even though they may be lenient and inconsistent with rules and structure. However, due to this lack of structure, the children may grow up without a sense of self-control and very little self-discipline.

The following are a few interesting statistics regarding permissive parenting:

What Do Studies Say About Permissive Parenting?

Regardless of studies, children gain a sense of security, discipline, and self-worth when parents set understandable and consistent boundaries that lead to logical consequences when breached. By setting clear boundaries, you can help your children grow into self-sufficient and disciplined adults. While your personality type may at first lead you towards being a permissive parent, your children may benefit from you adapting your style into a more authoritative type of parent.