Parents and educators may wonder what the relationship is between contemporary media and self esteem in girls. The media's portrayal of "ideal" beauty, women as sexual objects, and undercurrents of female stereotypes have long been evident in television and print media. Does today's media project positive, healthy female images as well? What role does media play in the development of a girl's self esteem? How can parents, educators, and others help combat negative portrayals and help young women develop a healthy self image? LoveToKnow Kids discusses these questions and more below.

Television, print, and audio media is constantly evolving and changing. Although in many ways today's media still adhere to preconceived notions of "ideal beauty" (typified by a thin body, proportionate curves, small nose, large eyes, and attractive hair) and female stereotypes, it is also changing to combat negative and universally "accepted" views of women.

Ethnic and plus size models are much more common, and advertisements increasingly depict women in career and other roles formerly stereotyped as men's realms. Female athletes and celebrities increasingly bring women's broad range of capabilities to the forefront of the world, and women's advocacy groups have grown by leaps and bounds since the inception of early feminist movements.

In short, there are many positive aspects in today's media that may be encouraging to young women. Young athletes can look toward female role models for inspiration; beauty of all types is becoming more celebrated. There are, however, still aspects that could have possible negative effects on a girl's self esteem and self image. There are often mixed messages that can be confusing for young women, too. For example, a healthy message that women shouldn't be judged by their appearance is underscored by the glossy pages of magazines focusing on external appearances and advertising countless beauty products.

What Studies Show: Links Between Media and Self Esteem in Girls

Many studies conclude that there is clearly a link between young women's self esteem and the media. *The Journal of Research on Adolesence, in a study of body image and self esteem (Daniel Clay, Vivian L. Vignoles, Helga Dittmar - 2005), imparts that the the declining self esteem that girls often experience entering into adolescence is in part due to social comparison with media models. In a 2006 study of girls' body satisfaction and self esteem from the American Psychological Association (Hayley Dohnt,, Marika Tiggemann), research also illustrates that media creates a negative influence on girls' body images and self-esteem - particularly in regard to acceptable levels of thinness.

A particularly alarming media trend is the sexualization of women at younger and younger ages. Medical News Today discusses how suggestive images of young women negatively affect girls self-esteem, playing a role in onset of depression, eating disorders, and low-self-esteem. 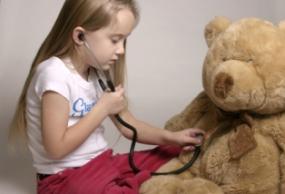 Despite the potential negative impact media may have on a girl's self esteem, there are many ways that parents, educators, and communities can combat them and work toward positive, healthy self-images in women.

Ways to Develop, Improve, and Maintain Self Esteem in Girls

There may be a negative connection between media and self esteem in girls, but there are also many ways to encourage young women. For more information, helpful parents' resources, and quick tips visit the following:

1
Comments
© 2006-2020 LoveToKnow, Corp., except where otherwise noted. All Rights Reserved.
Resources, Advice & Tips for Covid-19
Read More
Media and Self Esteem in Girls