While you might think that uniforms are pretty standard, Japan's iconic uniform stands out among the crowd. Learn the history, culture and different styles available along with the stringent changing of the uniform schedule.

Japanese uniforms are generally found in middle and high schools. However, some private schools might also have Japan school uniform requirements for elementary children. Japan has two different uniforms styles that you can find among schools. You might see the traditional uniform or the more modern style. These uniforms typically come in navy, green, black and white. Based on Meiji formal dress and naval uniforms, the traditional Japanese uniform offers a distinct style for both girls and boys.

Called the sailor suit, or sailor fuku, this uniform is based on navy uniforms and was designed by Utako Shimoda in the 1920s. The suit was styled after royal European children's outfits, and it was easy to sew. It typically consists of a:

The naval style collar with the strips and collar flap are what truly make this uniform iconic. In the winter, girls will typically add a sweater to the outfit to make it warmer. 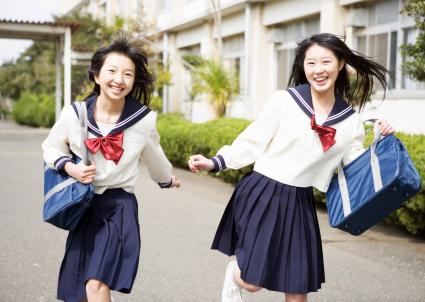 The Japanese boys' school uniform (the gakuran) was modeled after Prussian army uniforms and was part of the change in nationalistic Japanese culture shortly after World War I. The traditional Japanese outfit consists of: 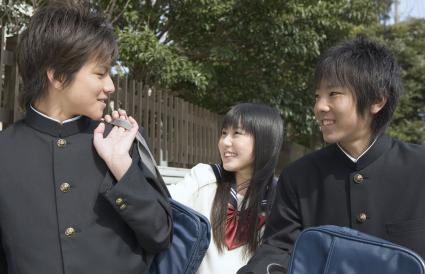 Over the decades, some school uniforms have taken on a more Western appeal. While different schools have some variations in style through different fabrics and design elements, for the most part, the uniform elements for a Japanese student are very similar.

Some schools also require that their students wear a cap as part of the uniform.

Much like the boy's uniform, the modern girls' Japanese uniforms are very westernized. They include:

Most schools also have their school crest printed somewhere on the uniform, usually over the left breast pocket. A cap might also be worn. 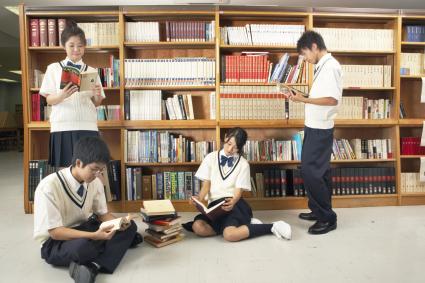 Japanese school uniforms for high school will include both a summer and winter uniform along with athletic wear.

Changing of the Season

Rules Must Be Followed

In Japan, school uniforms are serious business. Not only do they regulate the color of your socks and shoes, but they will monitor the length of skirts and colors of sweatshirts. Uniforms must be uniform, and this is enforced. Not only must the uniforms be orderly on school grounds but outside of school as well.

While in the West, it is common to see teens with purple hair or eccentric makeup for self-expression, this is not so in Japan. Many schools have rules that govern appearance, including not changing your natural appearance. This means no purple hair, makeup or even tweezing of your eyebrows. This also means no jewelry and painting your nails. Tattoos are also a big no-no and must be covered at all times. Boys must be clean shaven and have hair a specific length.

Shoes Only For Outdoors

For cleanliness and to protect floors, Japanese don't wear shoes indoors. Instead, they wear slippers. This tradition is followed into school life where the students clean the school. Students will put their shoes into cubbies and wear slippers or indoor shoes within the school. 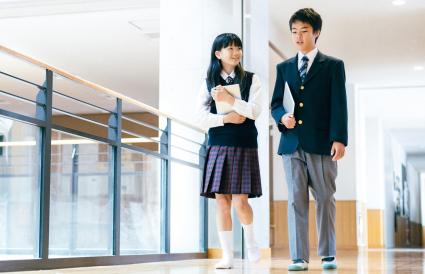 Japanese uniforms started in the late 1800s. The history of the uniform for boys was very similar to the gakuran and was complete with a cap. However, the uniform for girls was unique. In keeping with tradition, it included a kimono and hakama, or flowing pleated pants that belt at the waist. These pants allowed girls freedom of movement to participate in athletics. This trend was short lived though. In the early 1900s, girls shifted into the sailor suit, which made mobility much easier.

While middle and high schoolers are very strictly required to wear a uniform and keep it neat, university students get freedom of expression. For many, this is the first time that they can express themselves with their outfits. According to Japan Today, graduates revel in this new freedom spending money on clothes and accessories. Their looks also have a lot of thought into them rather than just comfort in mind.

If you live in America, chances are you have seen a Japanese student uniform at Comic-Con or another cosplay event. While it might be the uniform that is appealing, it is typically part of a character outfit. Several different manga characters wear a school uniform. For instance, you can see the traditional uniform on the likes of Sailor Moon and Kagome. The modern Japanese school uniform is displayed on characters in Puella Magi Madoka Magica and Vampire Knight. If you are looking to buy a cosplay uniform, Amazon offers all the different styles for boys and girls. However, a real Japanese school uniform can cost a$300, according to Asian Review.

Clothing in Japan is unique. Not only do they have a long history of beautiful flowy garments, but when it comes to the school uniforms, Japanese culture has taken unique trends even among Asian cultures. While the traditional sailor suit is iconic, the modern Japanese fashion falls in line with Chinese and Korean styles.