Implementation of school uniforms may be a hot topic, but it is certainly not a new concept. Around the globe, students have been donning school uniforms for centuries. Discover more about the interesting history of uniforms worn by students.

Information About School Uniforms in England

Most historical information points toward England as the start of modern-day school uniforms.

According to ProCon.org, the first recorded use of school uniforms is in England in 1222. Students at one school were required to wear a robe-like outfit called a 'cappa clausa.' However, it wasn't until the 16th century that modern school uniforms made an appearance in recorded history.

During this time, Christ's Hospital boarding school mandated uniforms, that according to the BBC, citizens provided. The uniforms consisted of a blue cloak and yellow stockings, thus earning charity schools like Christ's Hospital the nickname 'blue cloak' schools.

Later, school uniforms became associated with the upper class as private and preparatory schools began to use them more. Uniforms at these schools were incredibly formal. For example, ProCon.org notes that students at the prestigious Eton College were required to wear a black top hat and tails as their uniform up until 1972.

Today, many students attending elementary and secondary schools in England are required to wear uniforms. The tradition began as a way to give schools a sense of identity and cohesion. School uniforms were meant to bring equality to the students regardless of their parents' wealth, says BBC.

In the past several years, uniforms have become more modern. Instead of the traditional uniform of a blazer and tie in a thick fabric, T-shirts or polo shirts and sweatshirts in school colors have become standard. Plain colored pants or jeans are also worn at some schools.

On the other hand, some schools have chosen to keep things just the way they have been for hundreds of years. For example, BBC reports that Christ's Hospital polled students in 2014 and 95% voted to keep the traditional uniform, citing school pride as a top reason.

Use of school uniforms in the U.S. started in the early 1900s for parochial and private schools, but it wasn't until the 1980s that public schools began to use uniforms. Schools in Maryland and Washington D.C. were the first to implement uniform policies, although they were voluntary, according to ProCon.org. School officials at this time noticed changes in the students' attitudes as well as a decline of disciplinary issues after the uniform policy was introduced. This led a few other schools to start using uniforms as well.

Statistics Backing the Use of Uniforms

It wasn't until 1994 that school uniforms began to grow in popularity among public schools. Thanks to a school in Long Beach, California, there was now statistical information to back up the claimed benefits of school uniform policies. PBS reports that the California school's findings included a decrease in crime of 36%, a 50% drop in school muggings, and a 74% drop in sexual offenses.

Uniforms on the Rise

Although there have been many pieces of legislation regarding school uniforms in the United States, there are currently no states that require or ban them by statute according to ProCon.org. The National Center for Education Statistics reports that in 2011 only 19% of public schools required uniforms. They also suggest that elementary schools are more likely than secondary schools to implement uniform policies, as are city schools over suburban and rural schools. The number of schools that require pupils to wear uniforms has been on the rise over the past 10 years especially.

Uniform History Around the World 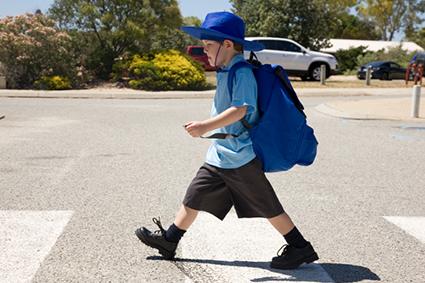 In the 1920s Australian boys were often seen wearing short pants and peaked school caps to school just like boys in England. The major difference was that boys in Australia tended to go to school barefoot, something English boys would never do. 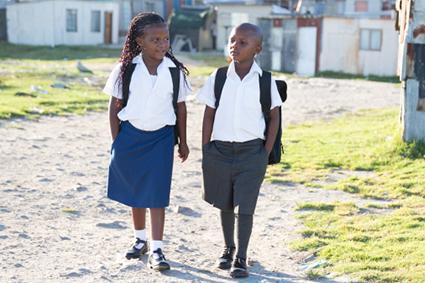 The pioneering work of missionaries throughout Africa started the history of school uniforms in Africa, according to Nile Journal. Uniforms were used as a way to differentiate students at the missionary schools from kids running the streets. Before and after World War II in Africa, school uniforms became particularly popular with totalitarian states. The uniforms were used as a way to recruit and control young people.

Today the school uniform is probably more prevalent in Africa than anywhere else in the world, despite its sometimes negative connotation. The sense of commonality is what keeps school uniforms thriving here. 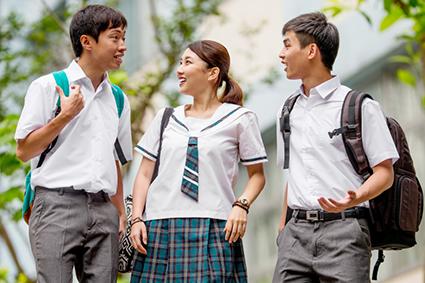 China widely adopted school uniforms in the 19th century as a symbol of modernity, says China Daily Asia. Early uniforms were influenced by Western fashion mixed with traditional Chinese attire. This inclusion of the country's own history made uniforms different from those of most countries.

Chinese school uniforms in the past have been criticized for being dull and showing little difference between styles for boys and girls. Today uniform styles are more influenced by Korean fashion with girls wearing bow ties, blouses, and plaid skirts while boys wear suits and ties. 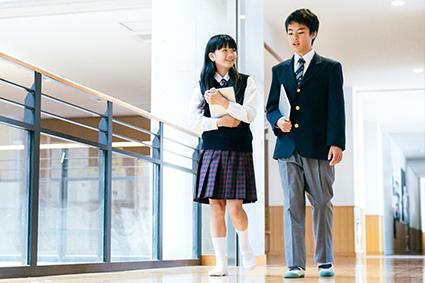 Japan is one of the few countries not directly inspired by traditional English school uniforms. Although the use of school uniforms wasn't prevalent until the 1900s, uniforms are now a common sight in Japan. Japan Powered notes that school uniforms here were modeled after French and Prussian military uniforms.

The history of how and where school uniforms began as well as why they still exist can help parents, students, and school officials to better understand the controversial issue.