After the shock wears off and the frantic planning for doubling up begins, you'll probably wonder if the impending duo is as similar as any siblings or mirror images of each other. Chances are, your twins are fraternal. That gives you and them, the best of both worlds.

Fraternal twins occur when a woman hyperovulates or releases two eggs during ovulation instead of one. Separate eggs are then fertilized by separate sperm. Fraternal twins are not DNA clones, they each have their own DNA. They are no more alike than any other set of siblings; other than the fact that they share a birth date (most of the time at least). Identical (monozygotic) twins who are born from the same split fertilized egg, are DNA clones and are always the same gender. There are a few other interesting facts that are unique about fraternal twins: 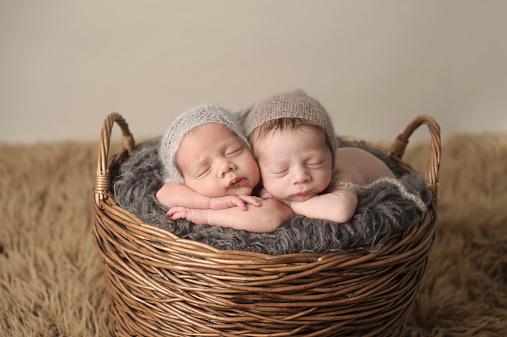 You can calculate the odds of having twins but there's always some uncertainty. Columbia University points out that the twin birth rate is increasing. In 2016, the U.S. twin birth rate was 33.9 per 1000 births, way up from 18.9 per 1000 in 1980. Much of the increase is due to fertility therapies such as in-vitro fertilization (IVF), which is used by couples to increase the chances of becoming pregnant. The hormone stimulations also increase the chance of releasing multiple eggs. That can mean multiple fertilizations and multiple births. These twins are always fraternal. However, IVF also increases the chance that one fertilized egg will split into two - and thus you'll have identical twins.

Identical twins are never hereditary. So if your parents had identical twins, you have as much chance of conceiving identical twins as anyone else in the world does. However, with fraternal twins, there is a genetic predisposition to hyperovulation. Some facts regarding this include: 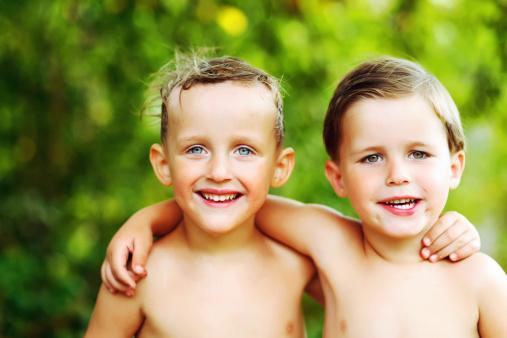 Fraternal twins may be extremely close - even sharing a secret language or an inexplicably close bond. However, don't count on it just because they're twins. Like anyone else in the family, they may fight, argue, and be as close or not close as they are with any other sibling in the family. Regardless, experts generally agree that it's important to let twins determine their attachment needs at their own pace.

It's important to remember that fraternal twins are two different people who happen to have been born at the same time. It would not be unusual if they're milestone markers are different. It's not inconceivable that one twin will walk at 9 months, while another waits until their one year birthday. As long as they are developing within the range of normal, experts say there's nothing to worry about.

While your twins will have an undeniable bond, you should guide them to grow into confident separate people. There are a variety of ways you can facilitate this:

Twins With a Difference

Fraternal twins are a twofer. They may exhibit all the behaviors of indistinguishable intuitively linked carbon copies. Or they may be as chill and independent as their other non-twin siblings. Most are a mix of alike and apart that will amaze and astound you. The one sure thing is, you're in for quite an adventure. Now try to get some sleep.