Are you curious about emo kids? Do you want to understand more about the culture? The emo kids' culture isn't difficult to recognize, but it can be hard to understand. Learn about emo characteristics, style, and beliefs.

What Is an Emo Kid?

The origin of the word "emo" comes from 1980s alternative hardcore rock music and is closely associated with punk bands and indie scene music. Many people see emo as an off-shoot of the hardcore goth or punk scene, but it has its own subculture and style. While the emo scene is most popular with teenagers, many preteens and kids are incorporating it into their personal style as well. However, defining an emo kid can be hard. This is because each different emo has their own unique style and individuality. But there are a few commonalities that you can find among this subculture.

While founded on punk and indie music, emo music is distinctive and is generally referred to as "emotive hardcore" or "emotional hardcore" and includes lyrics and melodies that evoke emotional responses and commiseration from fans. The beginnings of emo music can be traced to Rites Of Spring and were followed by bands like The Get Up Kids and Dashboard Confessional. Current bands like My Chemical Romance and Fall Out Boy are also considered emo. While some bands might reject this tag, the lyrics and music of the songs are confessional and might cover topics like self-loathing, insecurity and failed romance.

Most emo fashion styles rely on darker colors though neon or other bright accents are popular. Shirts from popular emo bands are common, and emo clothes often include tight jeans with a few rips or safety pins. Studded belts and other studded jewelry such as bracelets or choker necklaces are common accessories though they are not usually overdone.

Another way to reflect their emotions is through the use of makeup. Emos typically wear dark eyeliner, nail polish, or other emo makeup. Bright colors are not popular among this subculture, but each person is uniquely different. In addition to makeup, emos might also indulge in facial and body piercings or modifications.

Emo hairstyles are exceptionally popular with kids and teens. While everyone's style may be different, emo looks often include long fringe bangs worn over one eye, darker colors that may have outrageous highlights or accents or bed head messy styles. Most emo hair is straight though the length can vary considerably for both boys and girls. 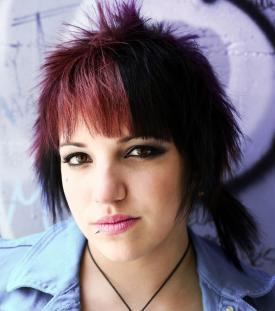 It's All About Attitude

Like any subculture, emo individuals have their own type of social behavior. An emo kid is typically sensitive and thoughtful as well as being quiet and introspective. They tend to keep to themselves and rarely interacts with anyone not a part of the emo scene. These kids are generally non-conforming, and it's rare for an emo kid to be involved in many extra-curricular activities or organized events, though they may participate in more artistic pursuits.

Emo kids can be found in all different belief systems and religions. However, the values that they express are based on the music of the culture. Most of the time, emo kids are misunderstood and ridiculed and find relief in the emo music and artistic pursuits.

The defining characteristic of any emo style is artistry. Because the culture relies on its emotive roots, many emo boys and girls express themselves through various artistic talents, including:

When parents see their child adopt darker dress, wear her hair over her eyes, withdraw from popular activities and seem to spend more time brooding, they tend to worry. Similarly, when peers see a friend do those same things, they may ridicule or criticize her. There are several myths that surround the emo culture, and both kids and parents should be aware of them. 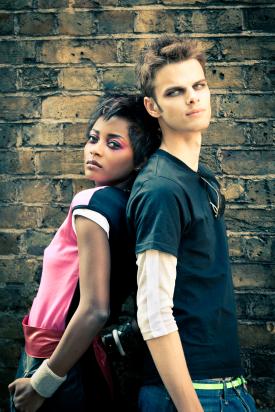 While radical behavior changes may be a cause for concern, the emo style embraces self-reflection and introspection that can be misinterpreted as childhood depression. In reality, while many emos are withdrawn, they are often just shy or uncertain about how to express themselves openly.

Self-mutilation is a dangerous stereotype to apply to any group. Parents and peers should not judge an individual's behavior based on his or her appearance or preferences.

Many individuals experiment with illegal substances (53). However, it's impossible to judge someone's potential for abuse based on what clothes he or she wears or the music he or she listens to.

If parents or peers have any concerns about the behavior of an emo kid, they should communicate directly with him or her rather than succumb to generalizations that have no relationship to personal appearance, music preferences or innocuous behavior.

Learning how to talk with your child in this subculture can be difficult. Check out a few different tips. 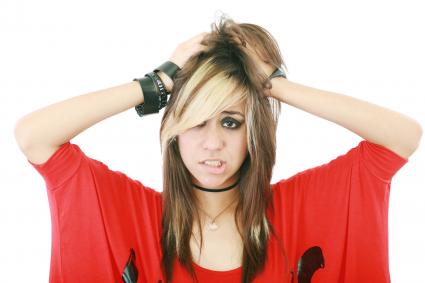 Trying to talk to your parents about how you feel can be a nightmare. Explore a few different ways to communicate with your parents.

An emo kid is more than someone who likes a specific type of fashion or music; he or she embraces a complete lifestyle. With patience and an open mind, both kids and their parents can understand and appreciate this culture.