Asking kids to spend hours in the kitchen preparing a beautiful Beef Wellington or a classic French Dauphinoise Potatoes is probably going to be met with a resounding "No!" Asking them if they would like to make a more kid-friendly recipe, will get them in the kitchen before you even have the chance to get out the mixing bowls. Great kids' cookbooks accomplish no small feat by being appealing and showing kids that preparing food can be fun.

Use these cookbooks to find ways for your children to help in the kitchen every day. Choose one day a week for children to make the main dish for dinner. Let them help make a special side dish or use the cookbook to find an after school snack. Giving kids a chance to cook regularly will help get them excited about eating well and learning to expand their skills in the kitchen.

Kids Cook: Fabulous Food for the Whole Family by Sarah and Zachary Williamson features over 150 kid-friendly recipes in which the difficulty level is rated by spoons. One spoon is easy; two spoons is moderately difficult and three spoons is advanced. This book is perfect for the "cooking-challenged" parent as well as their budding chefs. 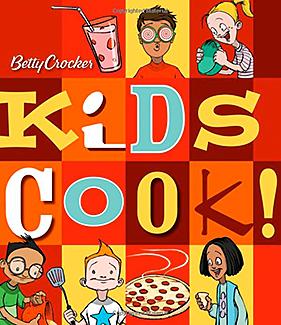 Betty Crocker's Kids Cook! is a kid-friendly version of the popular cookbook series that has been found in homes since 1950. Recipes are designed to be easy, tasty and fun. The pages are illustrated and fun, and the recipes feature kid-friendly fare such as French toast sticks. The book is ideally suited for tweens, as the recipes do require some cooking skills.

The New Junior Cookbook from Better Homes and Gardens is designed for 8-12 year olds. In addition to over 65 recipes, to cookbook includes a section on cooking basics to teach children about menu planning and healthy eating.

The Everything Kids' Cookbook

The Everything Kids' Cookbook: by Sandra K. Nissenberg is full of traditional kid-favorite recipes like Macaroni and Cheese, as well as some not-so-traditional recipes like Waldorf Salad. The mixture of both traditional and non-traditional is a great way for your kids to explore new and interesting flavors. Emphasis is placed on the cooking skills it teaches.

The Spatulatta Cookbook is the ultimate kids' cookbook. Written by sisters Isabelle and Olivia Gerasole, the cookbook features gourmet fare, with the technique broken down in such a way that kids will find it entertaining. 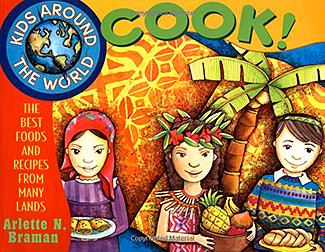 When kids cook, they are more likely to try new foods. Introduce you to new spices, flavors and cultures through cooking.

The International Cookbook for Kids

The International Cookbook for Kids by Matthew Locricchio is the perfect way to introduce new foods from Italy, Mexico, France and China to your child's maturing taste buds. The cookbook features kid-friendly dishes like spaghetti and meatballs, and gives a few handy tips on technique and preparation.

Kids Around the World Cook

Kids Around the World Cook by Arlette Braman teaches kids recipes from countries such as Jamaica and Ethiopia to help expand their understanding of different cultures and cuisines. The cookbook is packed with trivia and fun facts, so cooking from it is entertaining and educational. Admittedly, this cookbook is for the kids in your life who have a more adventurous palette - but the authors do a good job of including foods that are likely to appeal to most kids, even though you may not have heard of them.

The United States Cookbook: Fabulous Foods and Fascinating Facts from All 50 States by Joan D'Amico does not offer a global perspective, but children will still learn about different different regions of the country. They'll be surprised to learn how much food in the United States differs by region, and they'll even get a little trivia too. 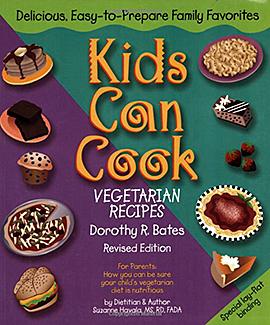 Does your family not eat meat? No problem! There are plenty of vegetarian cookbooks for children available.

Kids Can Cook: Vegetarian Recipes by Dorothy Bates includes a combination of easy to make recipes and easy to find ingredients, making this book a must-have for any vegetarian family.

Easy Vegetarian Foods from Around the World

Easy Vegetarian Food from Around the World by Sheila Llanas is part of the Easy Cookbooks for Kids series and combines vegetarian cooking with a multicultural approach, showing kids how vegetarian cuisine can be enhanced with different spices and methods of preparation.

Vegetarian Kids' Cookbook by Roz Denny says it all in the tagline: Fresh, fun food shown in 350 step-by-step photographs. It's the attention to providing detailed photographs for a novice cook that makes this book a standout favorite for your vegetarian mini-chef. 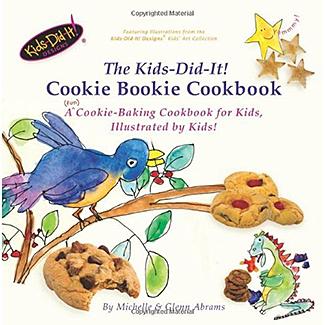 Dessert is often a child's favorite meal. Making cakes, cookies and pies is also a good way to introduce children to cooking and baking because the recipes tend to offer multiple ways in which kids can help.

Easy Microwave Desserts in a Mug for Kids

Easy Microwave Desserts in a Mug for Kids by Gloria Hander Lyons includes multiple quick dessert recipes for kids, all of which can be cooked in a simple coffee mug.

Baking with Mommy Cookbook: Recipes for Kid-Size Ovens by Kristen Joyal does not require a full-size oven. An Easy Bake Oven or other light-bulb oven will do for all of the recipes in the cookbook. 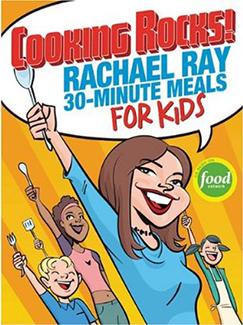 Celebrity chefs know food. They also know how to cook for kids. Kids will like being able to make recipes from some of the same chefs they have seen on TV.

Emeril's There's a Chef in my Soup!

Emeril's There's a Chef in My Soup! Recipes for the Kid in Everyone will have kids saying "BAM!" just like the famous chef.

Sandra Lee Semi-Homemade Cool Kids' Cooking focuses on easy recipes that kids do not have to make from scratch, making it an easy way to start cooking. 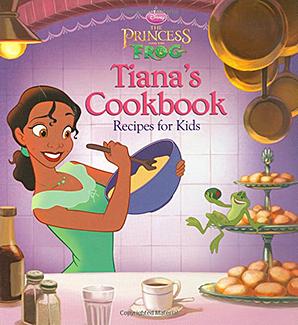 Reluctant chefs or picky eaters may be more enticed to enter the kitchen and whip up something delicious when it is inspired by a favorite character.

The Princess and the Frog

The Princess and the Frog: Tiana's Cookbook contains recipes inspired by characters from the film, cooking tips and a frog-rating system to determine the difficulty of the recipes.

SpongeBob's Kitchen Mission Cookbook: The Battle for the Best Bites in Bikini Bottom features over 50 recipes with names inspired by the guy who lives in a pineapple under the sea.

The Unofficial Harry Potter Cookbook will have Harry Potter fans whipping up their own spells in the kitchen.

The Little House Cookbook features recipes inspired by frontier life and the popular Little House on the Prairie series.

Sesame Street: "C" is for Cooking includes recipes from your children's favorite Sesame Street characters and even some popular chefs.

Getting the kids involved with preparing meals not only piques their interests in the culinary arts but also gives them a sense of accomplishment. You have to cook dinner anyway, why not turn it into a way to spend quality time with your kids? If it isn't practical in your household to have the kids in the kitchen every night, try instituting a new "Kids Cook Night", once a week or make it a lazy Sunday afternoon affair where no one is rushing to do homework or pay bills. Whatever you choose, make it a fun, family affair.