In 1983, Dr. Howard Gardner wrote a book outlining his theory of multiple intelligences. His theory was based on brain research with hundreds of children and adults from various populations including autistic children, child prodigies, children with learning disabilities and adults who had suffered strokes.

What Dr. Gardner gleaned from his research was that intelligence isn't a fixed trait present from birth that dominates one's thought processes. Rather, Dr. Gardner posited, each person's brain develops differently, and individuals may have certain parts of the brain that are more highly developed than other parts. Further, all of the parts of the brain were interconnected which could lead to each of the parts of the brain working either independently or in concert to help a student learn based on the learning environment in which the student finds himself. These findings led Dr. Gardner to his multiple intelligence theory in which he defined 8 multiple intelligences inherent in varying degrees in every human being.

The 8 intelligences defined by Dr. Gardner are as follows.

Children with high intelligence in this area are quite verbally adept. They are tuned in to the nuances of language as well as the order and rhythm of words. You can identify children with high verbal/linguistic intelligence through their love of reading, an excellent memory for names and places and exceptional storytelling abilities.

Strong deductive and abstract reasoning skills are a hallmark of children with high math/logical intelligence.

If you have a child who can build just about anything with Legos or draw a reasonably accurate representation of a spatial form, then chances are you have a child with a higher level of spatial intelligence. Often children with this type of intelligence need to see a picture of something in order to understand and process what it is they are learning. 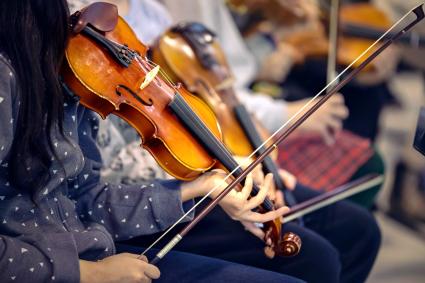 Sensitivity to sound and its musicality is strong in children with this type of intelligence. They understand rhythm and often appreciate well-constructed music as an art form.

Kinesthetic children are often children on the move. They are typically well-coordinated and have the ability to use their bodies for problem-solving or personal expression. They often learn best through the manipulation of objects.

A child with high interpersonal intelligence often forms relationships well and seems to have an innate understanding of the feelings and motivations of others. These children communicate well, especially in terms of mediation and negotiation and thrive in group and cooperative settings.

High intrapersonal intelligence is displayed with a clear understanding of one's own goals, motivations, and emotions. Most children with this type of intelligence are fully aware of their own capabilities and strengths and now how to build on them.

If you have an outdoorsy child who loves nature in all of its forms (plants, animals, etc.), then you probably have a naturalist on your hands.

Since most children typically have greater levels of intelligence in more than one of the eight intelligences, it is possible to develop multiple strategies to help children learn in ways that best suit their unique brains.

If your child is having difficulty learning, it may be because the learning activity is focused on an area to which your child is unable to relate. By working with your child's teacher or focusing on the subject at home, you can create activities that can help your child to be more successful by zeroing in on his or her unique learning style.