Amaze and educate your kids by sharing fun and interesting facts about toucans with them. With their colorful bills, these birds are interesting to see and learn about. Their exotic appearance is quite appealing to kids and adults alike and you might be surprised by some of these toucan facts.

Facts About Toucans in the Wild

Wild toucans are exciting to watch and listen to because of their colorful personalities. Learn a few interesting facts about toucans and share your newfound knowledge with your children as well as other family members and friends.

A toucan's true home is in a rainforest canopy. For example, living in the Amazon rainforest, some toucan species have access to the shelter and food they need. They are healthiest and happiest in the wild, so it's challenging to recreate a suitable habitat in captivity.

Diet of the Toucan

Toucans eat a lot of both plant and animal foods. 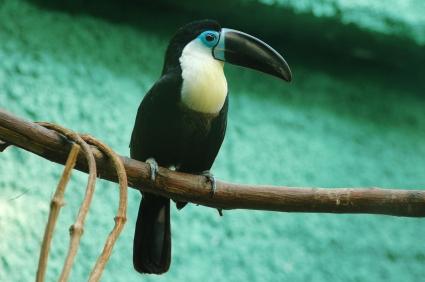 You might also be wondering, just how much does a toucan weigh?

What does a toucan look like? Each toucan species features distinct colors and color placement so they can recognize their own kind. 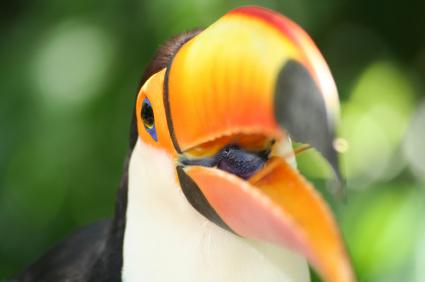 Just what makes a toucan stand out from other birds? One defining feature is its unique bill.

All About Baby Toucans

Baby toucans don't look anything like their large, shiny, and colorful adult companions!

People love looking at toucans because of their unique colors and bill, but they're also fun to watch because of the silly ways they act.

Toucans don't do a lot of flying, so they need specialized claws to help them bounce around the trees.

Since toucans mostly stay high up in the sky, they don't have many natural predators. 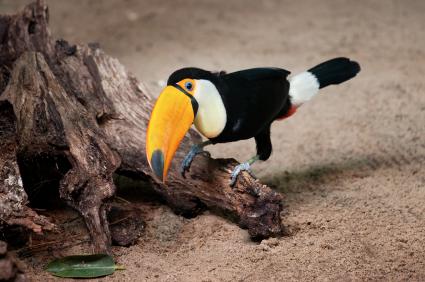 Scientists have learned quite a lot about toucans or the Ramphastidae family, their scientific name. These noisy birds can live a long time; their lifespan is up to 20 years. Some other fun facts about the different types of toucan are:

Toco toucans are one of the most iconic of the species because of their distinct look and large size.

Some people keep toucans as pets. These birds can make a great addition to the right homes if owners follow exotic pet laws, which can change any time. Toucans require special care, so you'll want to make sure there's an exotic pet vet in your area before buying your toucan.

To the Rescue - Breakfast of Champions

There are many reasons a toucan can get into trouble and need rescue. Poaching removes wild birds from their habitats for the illegal pet trade. Predators will threaten an injured or immature toucan that may be unable to get away. When a baby toucan falls from its nest, it is more likely to be eaten than to be rescued. But one lucky baby made it to a rehabilitation center in Costa Rica with its appetite for life unruffled.

Now that you know a little more about these brightly colored birds, you can share your facts with your children so they to can come to understand and appreciate toucans. After all, toucans are fascinating creatures!