Kids love penguins because they are cute and fun to watch. Brighten your day with these lively penguin coloring pages and fun facts that will have you dreaming about the adorable creatures.

To print either of the following coloring pages, please be sure you have the latest version of Adobe Reader. If you don't have it, you can download it for free from the Adobe site. Once you're ready to print, click on the link in the coloring page, and then hit ctrl + p to print your page. If you have any trouble, check the Adobe Guide for tips and tricks.

Color a day in the life of a baby penguin with this penguin family picture featuring a mom and baby waving to another penguin across the water. 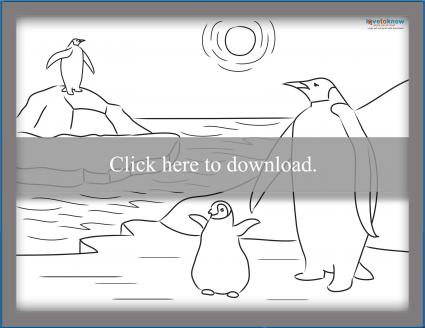 Have fun playing with penguins as you color a line of them waiting to dive off the ice into the frigid water. 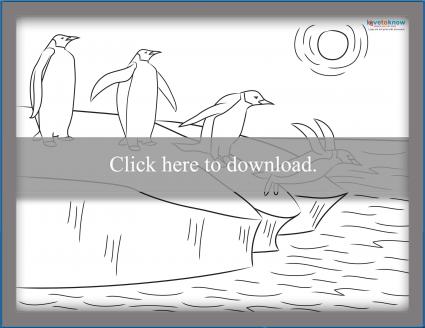 There are more than 18 species of penguins in the world. Some you can see at local zoos or aquariums, but others you'll have to look for in educational videos or take a trip around the world.

While penguins live in lots of different places around the world, they all live near oceans.

All penguins are carnivores that feast on seafood.

Baby penguins are sweet little balls of fluff that need a lot of care from their parents.

Penguins are known to choose one mate that they pair up with year after year.

As the largest type of penguins, Emperor penguins can be as tall as a 5-year-old child. 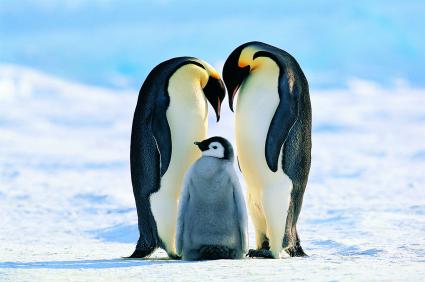 Penguins are one of those creatures that are fun to watch and think about. Try walking and eating like a penguin after finishing the coloring pages to get an even closer look into penguin life.