Thanks to the Internet, the most memorable children's television shows from the 1970s are available to share with today's children. Many of these shows have stood the test of time, and will be enjoyed for generations to come. Perhaps it's time to introduce your kids to these popular shows.

This ground-breaking children's programming concept featured a fictional kid-rock band of fuzzy creatures named Fleegle, Bingo, Drooper, and Snorky. The Splits were most famous for The Tra La La Song. The show, which debuted in September 1968, enjoyed a 31-episode run until 1970 and was re-run throughout the 70s. The Cartoon Network revived the show briefly in 2008.

You can find all 31 episodes at Daily Motion.

The Banana Splits appeals mostly to younger school-age children. Be prepared to hear The Tra La La Song non-stop at the breakfast table.

Starring Bob Keeshan in the title role, The Captain boasted one of the longest runs in children's television history, first airing in 1955 and running continuously until 1984. The puppeteer Kevin Clash, who would later become famous for his creation of Elmo on Sesame Street, was a regular on the show from 1980-1984. A huge cast of famous actors and musicians, unknown to the children but well-known to their parents, regularly appeared.

Captain Kangaroo appeals to all ages. Since it was common for parents to watch with their children, the programming was designed to engage adults as well.

A creation of Jim Henson Studios, The Muppet Show ran on network television in prime time for five seasons between 1976-1981. Featuring many characters from the popular Sesame Street series, The Muppet Show was designed to appeal to the entire family, with humor that all ages of viewer would appreciate. The show featured sketch humor and guest stars such as John Denver and Mark Hamill. The real stars of the show, however, were the grumpy old men, Statler and Waldorf, who punctuated every episode with a gag.

Older school-age children (and their parents) will still get a kick out of it.

You can watch episodes on Daily Motion.

These were three-minute episodes that ran between Saturday morning shows on ABC from 1973 to 1985. Through memorable songs and hilarious animation, Schoolhouse Rock simplified the rules of grammar, math and even civics with songs like Conjunction Junction, Three Is a Magic Number and I'm Just a Bill.

Students from grades 3 through middle school will enjoy and learn!

A 30th Anniversary boxed set of all 46 original songs is available from Disney.

The Public Broadcasting Company premiered this educational variety show in 1972. It ran for 780 episodes over six seasons. The Electric Company featured established stars such as Bill Cosby, Rita Moreno and Morgan Freeman. Many of the best-loved recurring sketches on the show include "Love of Chair," "The Adventures of Letterman," and "A Very Short Book," which served as the ending of many episodes.

Many of the episodes of the "classic" show (as opposed to one of the reboots) are available for sale at Amazon.com.

Fat Albert and the Cosby Kids

Fat Albert was created and produced by Bill Cosby. He starred in the show as well. The part live action, part animated program developed out of Cosby's stand-up routine, which in turn was based on Cosby's experiences of growing up in North Philadelphia. Cosby himself voiced many of the characters, including Fat Albert, Mushmouth and "Bill," a character based on himself. The show debuted in 1972 and ran, though not continuously, for 12 seasons.

The kindergarten through middle-school-aged child will probably overlook the dated nature of some of the characters' dress and language use. Much of the humor has withstood the test of time.

The complete boxed set of the series is available at Shout!Factory.

Josie and the Pussycats

The adventures of an all-girl band led by the title character featured catchy original music and empowering female characters. Josie ran for only one season in 1971 and was re-run in its entirety the following year. Because of its popularity, the next year CBS revived the cartoon as Josie and the Pussycats in Outer Space. Once again the show proved so popular that it was re-run throughout the 1970s. In addition to being one of the first children's shows to focus on strong female leads, the show also featured morning television's first African-American lead character, band member Valerie.

Josie would appeal to pre-teens, especially girls, although the show had a large male fan base as well.

The complete boxed set of the original series is available on Amazon. 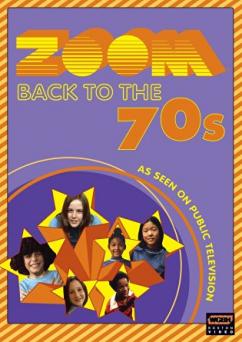 An experimental design in children's programming, Zoom was an educational program developed almost entirely by children. The half-hour episodes were unscripted, giving the show a genuine feeling of spontaneity that resonated with young viewers. The original series ran for six seasons (1972-78), with a new cast of seven children each year. By design, no members of the cast were professional actors, and all returned to their normal lives after the season was over. True to its mission of teaching practical information, Zoom taught a generation of children the zip code of their headquarters in "Boston, Mass: 0-2-1-3-4."

Zoom appeals most to children of about the same age as the "Zoom-ers," who were roughly middle-school age.

You can watch episodes on YouTube, but not all are available.

One of the best-loved and longest-running children's shows on television, Mr. Rogers' Neighborhood debuted on the Public Broadcasting System on February 19, 1968, and ran continuously until August 31, 2001. The title character, Fred Rogers, playing himself, revolutionized children's programming by speaking directly into the camera as though he were speaking to each child individually. Rogers used his easy-going, genuine warmth to communicate to children that they were all valuable human beings. As he led them through visits to factories and museums, Rogers taught generations of children how to navigate a large and sometimes scary world.

The show was originally conceived for two- to five-year-olds, though the attention span at earlier ages may not tolerate a half-hour format. Today's kindergarten through third grade students would benefit most.

Any program that runs for 33 years will be difficult to locate in its entirety. However a great number of episodes are available at MisterRogers.org.

Sesame Street debuted on the Public Broadcasting System on November 10, 1969, and continues to produce new episodes as of 2016. With timeless characters such as Kermit the Frog, Oscar the Grouch, Cookie Monster and Big Bird, and terrific original music, Sesame Street has outlived some of its creators, including puppeteer Jim Henson. Though the show aims to entertain, Sesame Street's primary objective is to teach.

The source for all things Sesame can be found at The Sesame Street Store.

In a sea of today's shows, the 70s may seem wholesome. What's notable however is that these shows are still popular and give rise to a longevity that many more modern shows don't have. If your kids can get past the bell bottoms and dated verbiage, they are likely to find some new favorites.