For one reason or another, your child may not be able to see their friends in person. Virtual party games for kids can help them connect even if they aren't in the same space and provide them with entertainment and fun.

For this game you will need play dough or any sort of modeling clay. This may be something that you already have in your home or can make with ingredients in your pantry.

This game can be played by two children and can accommodate up to 10 kids. If your child is five years old or younger, it's best to keep the group on the smaller side so they aren't waiting a while for their turn. Be prepared for lots of giggles!

Eye Spy in Your Room

Eye Spy with a twist is a fun game for a large group of kids ranging from very young to preteens. For smaller kids, it's best to keep the group to around five or under.

This game requires no supplies and is super easy to explain to kids of all ages, making it a great virtual party game option.

My Favorite Things With a Fib

Sharing stories and memories about items that hold value to your kids can be a sweet game for children to play together virtually, and there are not any additional supplies necessary. To make this game extra fun, have each child share two facts about the object and incorporate one fact that isn't true.

With smaller children, keep the group number to five or under so they don't lose patience waiting for their turn. 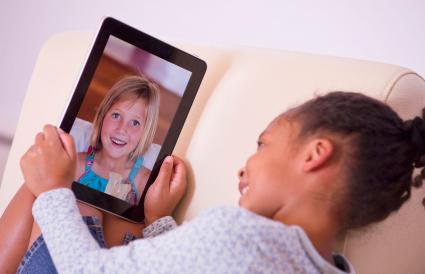 This is a great game that tends to bring on the giggles. You will need paper and various drawing or painting utensils. You can also use cut up magazine images and glue if you don't have anything to draw or color with. This game can be played in a large group, but also works well in smaller, more intimate settings.

Freeze dance can be a great virtual party game to play and is tons of fun for kids of all ages.

This game can be played with kids of all ages and works best in a group of four or more.

This game works great for kids of all ages and doesn't require any supplies.

This activity can be done in large or small groups. 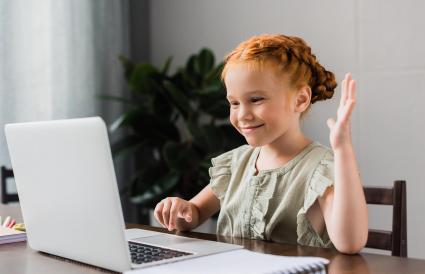 This game can be played by kids of all ages and works well in large or small groups. No supplies are needed, making this a super easy game to set up. To play:

Virtual hide and seek can be a fun game to play at a party. No supplies are needed except a toy or object to use as a hiding object.

This game works well for kids of all ages, but younger children may need additional assistance from their parents or other adults.

Throwing a Fun Virtual Party for Your Child

Playing virtual party games can help bring your child and their friends together, even if they are unable to be in the same physical space. Try out a few games and see which ones your little one enjoys playing the most!