Creative guessing games for kids are fun to play in the car, at home, or in the classroom. Guessing games can be used as quiet indoor party games or active lessons on senses, inferences, or the scientific method.

Five Senses What Am I?

This easy descriptive guessing game is great for kids of any age. You can increase the difficulty level by choosing harder categories. Teachers and families can play this game anywhere since it only requires talking.

Kids of all ages will love this imaginative getting-to-know-you game. You'll pit real and fictional creatures against each other as your opponent tries to match your answer. If you only have two players, you don't need any supplies.

Some gifts are really hard to wrap without giving them away. This easy active game for kids of all ages incorporates this pitfall of gift giving. 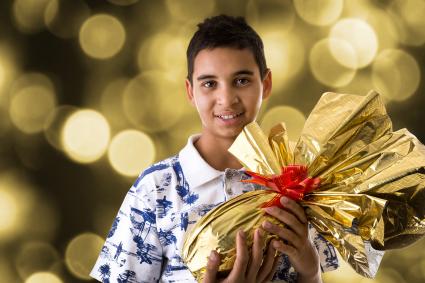 It's survivalist meets charades in this easy, active guessing game. Kids will try to guess which three supplies you're taking on your mystery adventure as you act each one out. You can split into teams and keep score or have fun playing as a whole family.

What Book Are You Eating?

Kids will need to guess what type of book they might be eating based on descriptions of what it might taste like in this hilarious game. While kids of any age can play for fun, kids ages 7 and up are the ideal audience. Compliment this fun guessing game with picture books such as The Incredible Book Eating Boy for classroom lessons.

Throughout history kids, educators, and parents have invented guessing games that are now considered staples of childhood. While these games are fun, you can modernize them by adding a simple twist to each one. When you change one element of a game, the possible ways to play are infinite.

Guess Which Game You'll Play Next

Creative guessing games are fun for kids, teens, and adults. These easy word games don't require a lot of materials or setup and can be used to pass the time just about anywhere.