Basketball is a fun sport and can be enjoyed by a variety of ages, and skills kids learn in basketball are transferable to other areas of life and include fine motor skills, gross motor skills and cooperation. Skills to practice include dribbling, passing, shooting, offense, defense and footwork practice.

Kids, ages five and older, in groups of eight or more, form a human checkerboard in this easy passing game. This game helps kids work on:

To set up the game you will need to:

The player's goal is to fill the back row of the opposing team's lineup with members of your team.

During gameplay, offensive teams can shout or use hand movements to distract the other team as long as they remain in their designated spots. 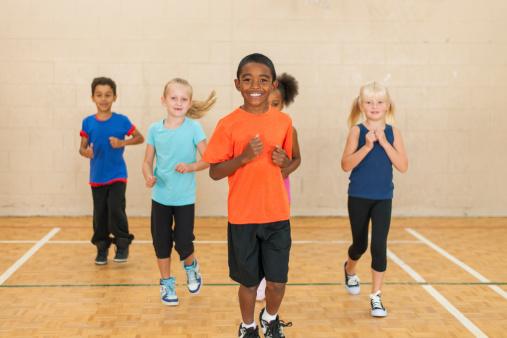 Inspired by the classic playground game, Red Rover, this game is suitable for players of all skill levels in larger groups of 10 or more. Participants in Basketball Rover work on footwork skills like:

Start by gathering your materials:

To set up the game you need to:

The goals for the players is to break through the opposite team's line within 30 seconds and stop the opposing team from breaking through their line. 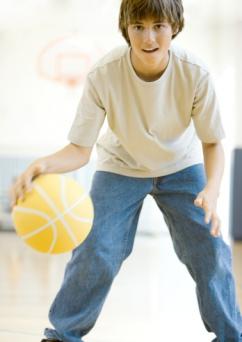 Geared toward more skilled players ages 10 and older, this group game features a dribbling challenge. At least two players are required, but five or more is ideal. In this game kids will work on:

The object of the game is to keep all the balls bouncing in a dribbling motion for the allotted time.

For larger groups, you can create multiple circles with teams competing against each other. 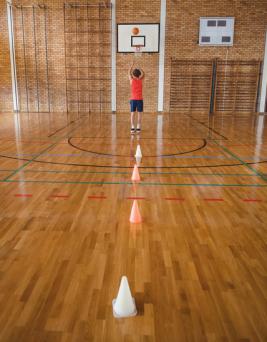 This versatile activity is ideal for individual basketball exercises but can be adapted to larger groups with ease. Kids of any age can play Shape Shifter if they have a net within reasonable height for making shots. The main skill kids practice in this game is shooting form and accuracy.

Start by gathering your materials:

Get the court set up by:

The goal for players is to make a basket from each spot designated by a cone.

Continue the activity alternating between triangles and squares in different areas of the court for as long as you'd like. To play with a group, create more than one shape on the court at a time. Stagger even numbers of players at each shape. 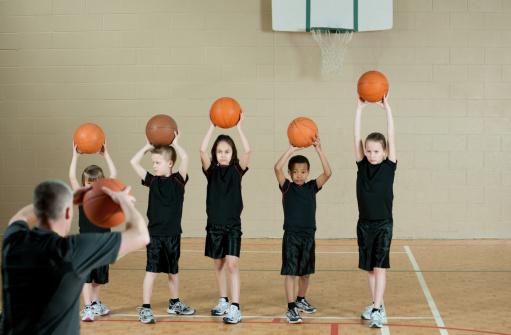 Inspired by musical chairs, this fun game uses the rhythmic sound of a dribbled basketball to keep time. Beginning players, in small or groups of three to six, are ideal participants. In this game kids will practice:

The supplies you need are:

To set up the game you will need to:

The object of the game is to Avoid being the last player to take a shot when the leader's basketball stops bouncing.

Kids will want to practice their basketball skills when the practice seems more like a game than a drill. Whether trying out some new, original activities at home in the driveway or in the school gym with the team, practicing basic skills will help every child improve.