Animal games for kids include beloved home pets and creatures from the farm, zoo, forest, jungle, or sea. Children love exploring all the sounds animals make and unique behaviors they exhibit. Capture the spirit of the wild in your kids with games featuring everything they love about animals.

Talking or conversation games don't require any materials and can be played anywhere by kids of any age who are able to communicate. From simple kids' party games to games you can play in a waiting room, these animal talking games are fun for all animal lovers.

I Spy With My Animal Eye

Kids will need to pretend they are different animals in this I Spy game. On a turn, a player chooses an animal to portray and imagines something that animal might see in their typical surroundings. Other players try to guess what the player/animal is spying. For example, you might say "I spy with my piggie eye something black and white." The answer would be "a cow" because pigs live on farms where they'd likely see cows.

I Hear With My Animal Ear

This version of Animal I Spy is perfect for preschoolers in class because it uses common animal sounds. One child chooses any animal on their turn and imagines something that animal might hear in its typical surroundings. This player says something like "I hear with my horse ear 'honk, honk.'" The other players have to guess what sound is being described. In the example, the answer could be a goose or a truck since both are things you'd find on a farm with a horse. 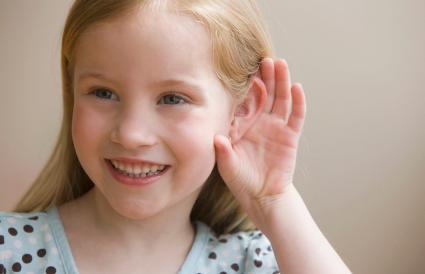 Play a quick game of round-robin rhyming with older kids. Have kids sit in a circle, pick one person to start, and designate a direction for game play. Then:

Continue playing until each child has a turn to go first. Animal names that have several animal rhymes are:

Kids will need to think of the similarities and differences between three animals in Odd Animal Out. On a turn, each player says the names of three animals that have something in common. Other players try to guess which animal doesn't belong. For example, you might say "Ostrich, snake, deer." The answer is "deer" because a deer doesn't lay eggs, but snakes and ostriches do.

Writing games or word games typically only require paper and a writing utensil. Kids who are able to write words or draw pictures can enjoy these easy animal games. You can also find many printable games for kids where the game is laid out on paper and you just need a pencil.

Create your own word game like Scattergories in a few simple steps for kids old enough to write. Start by choosing a broad animal category such as "jungle animals" or "Arctic animals." Then randomly choose one letter of the alphabet. Players are timed to come up with one answer for each of the following prompts that starts with your chosen letter and animal category for the round. Award two points for unique correct answers and one point for correct answers used by multiple players.

In this serial-drawing game kids in small groups have to interpret each other's animal drawings to guess the correct answer. 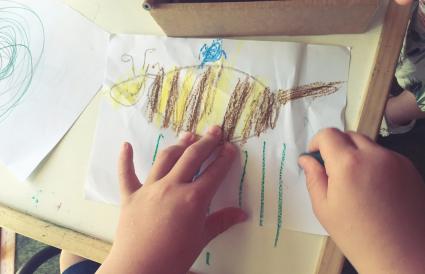 Played like Hang Man, this simple word guessing game is great for kids of all ages. Younger kids can try to guess an animal name while older kids can play using common phrases that include animals such as "watch you like a hawk" or "It's raining cats and dogs." Instead of drawing parts of the hanging man for letters that aren't in the word or phrase, draw a stick figure animal inside a cage.

Like 20 Questions, this word game works best for two players and involves asking questions to get to the answer. The first player thinks of an animal name. The second player starts by guessing an animal name saying something like "Is it a dog?" Player One responds only with a yes or no and then describes any letters in the guessed name that are also found in the correct name. If Player One's animal name is "deer" he would reply, "No, it's not a dog, but it has a "d." Player Two can ask unlimited questions until she figures out the answer. Each question earns Player Two one point, the person with the least points in the end wins.

You can adapt everything from theater and drama games for kids to minute to win it style games for kids and even classic playground games for kids by adding an animal name, sound, or behavior element. Movement games for children are great for burning off energy and can be used indoors in a gymnasium or as outdoor games.

This fun animal gym game requires an open space where kids can run around. As children run around the space, periodically call out one of the animal classes like mammals, fish, or birds. When kids hear your prompt they choose an animal that fits into that class and start moving like their chosen animal. Ask each child to call out their animal as they move. Anyone who chooses an incorrect animal is out of this round. The last person standing is the winner.

Many animals use camouflage to hide themselves in plain sight and now kids can too. Play this Hide and Seek game inside or outside. Instead of hiding in or behind things, kids will need to use found materials to camouflage themselves from "It." Keep a variety of costumes, blankets, clothing items, and even non-toxic body paints on hand so kids can go all-out each round. You'll need to allow extra hiding time while kids get camouflaged and time between rounds to remove camouflage items. 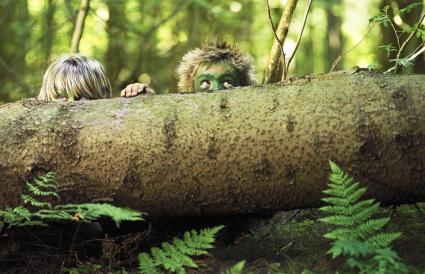 Set up a typical Four Square court to play this active game in a gym or outdoors. When the first four players take their squares, assign each as an animal from the same food chain like polar bear, seal, fish, and plankton. Players can only pass the ball to a square that is not their direct predator. In this example the polar bear can pass to anyone, but the plankton can't pass to the fish. Players waiting in line will need to pay attention to which square is which animal when they join in.

Create an animal-inspired habitat in your living room or back yard then have kids move like specific animals and get through the habitat obstacle course as fast as they can.

Get Wild With Games

Whether you're entertaining a lot of kids or only a few indoors or outside, animal games are easy to play and relatable to all ages. Since these games celebrate all that's great about animals, be prepared to let the kids go wild. If your kids can't get enough of animal games, check out free online animal games and fun virtual pet sites for kids.