Some of the most fun games for children to play outside are backyard games you invent yourself. Get creative with backyard games for kids and make up a fun game using whatever you've got lying around. Challenge each of your kids to create a cool game, then try them all out as a family.

Cheap yard games use materials you have on hand or better yet, natural resources. Kids will throw down some nature in this active take on Rock, Paper, Scissors. If you want to get fancy, you can call it Nature Roshambo.

Each element of the game defeats one of the others in some way.

Croquet is a fun game similar to Putt Putt that you play in the backyard. The objective is to hit your "ball" through a series of small arches before the other players do. In Stick Croquet, you'll create the arches out of branches or flexible plants. 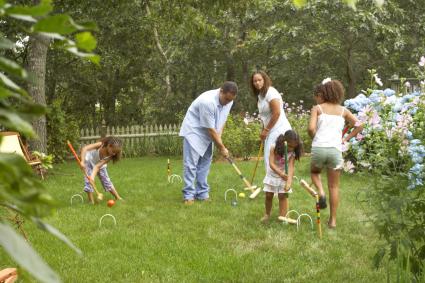 If you've got a group of kids or the whole family wants to play, you can try scavenger hunt tag. In this mashup of a scavenger hunt and tag, kids will need to find a specific item and avoid getting tagged.

I'm on a Picnic

Turn the classic talking game of I'm Going on a Picnic into an active game in the backyard. All you need to start with is a blanket everyone can sit on. The game needs at least four players, but is more fun with a larger group. 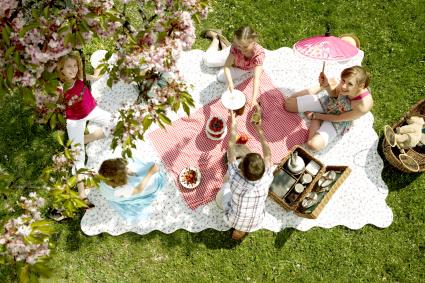 Older kids and families can set up a small nature Battleship game in the backyard. You'll need some type of divider to hide your boards from each other, like a mini wall made from two kids chairs with a towel draped over them.

Use chalk and a hard surface, like the wall of your garage or shed, your driveway, or a fence to create a simple outdoor Connect Four game. This game is made for two players of all ages.

You can easily create a game like Horse or Pig in basketball, only use whatever bucket and ball you can find you can find in the backyard. Games like this were made for two players, but you can play with more. 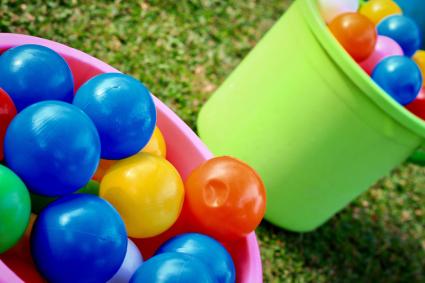 Kids love bowling games, but they're a lot harder when you play with a Frisbee. Get creative with your "pins" to change up the game from day to day. Kids can play this game alone, or you can play with groups of two or more. 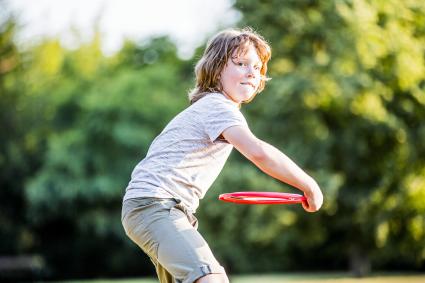 It's Not Touching You

Take the classic kids' saying "I'm not touching you!" and turn it into a fun game similar to Bocce Ball. Each player needs two small balls or round objects. The objects should be distinct for each player.

Transform an adult game of Horseshoes into a fun kids game by using human shoes instead! If you don't have a horseshoe pit in your backyard, you can find two sturdy sticks to stick upright in the ground about 10-20 feet apart, depending on age. The sticks should stick up above the ground at least a foot.

A Roll in the Goal

Gather up all the small balls you can find from bouncy balls to baseballs for this easy game. Kids of any age can play and you can have as many players as you want. You'll need a soccer goal to play, but if you don't have one you can make one by draping a sheet over two chairs placed about three feet apart.

Another fun game you can play in the backyard that's inspired by Horse is Backyard Parkour Copycat. You'll use natural and found objects in your backyard for the game. This requires a bit of creativity and is best for older kids.

If you've got bubbles lying around, you can play Bubble Hoarding with anywhere from two to five kids. If you don't have bubbles with bubble wands, you can make your own bubbles. One person will need to be the bubble blower for each round. 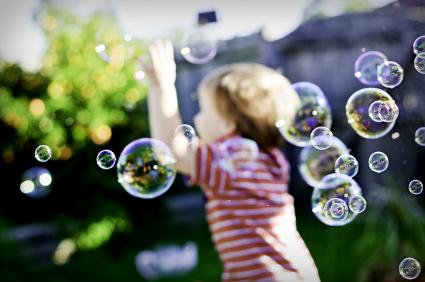 Put all your backyard toys to use in one simple giant backyard game. Kids of all ages can play this family outdoor game.

Choose about five DIY backyard games and five standard yard games such as Cornhole or Badminton for your Olympics. Create a sign-up sheet so kids and family members can sign up for different events. Set up the events one-by-one with those not competing acting as spectators. This will give you a whole day of backyard fun and everyone can win with a great barbecue dinner to follow. 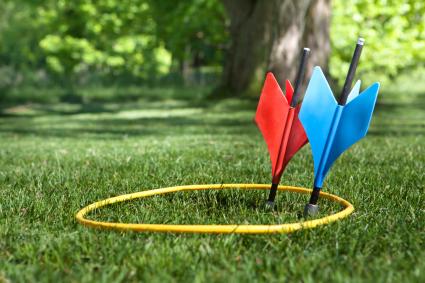 Enjoy Your Own Backyard

With a little imagination and creativity, kids will never want to leave their own backyard. From water games for kids to youth outdoor challenge games, kids can have endless fun with backyard activities. Learn about colonial children's games or safe outdoor school games and look for easy ways to adapt them using the toys and natural items you have in your backyard.