What Is the Local Government?

Breaking Down the Local Government

While the local government might be smaller than the federal or state government, it's still broken down into parts. There is the regional and municipal government. Check out how they differ.

You might also find other local governments called special and school districts. Special districts are set up by the government. School districts provide education in an area and have a board and superintendent to run them.

Roles of the Local Government

Just like the federal government has leaders, so do local governments. And much like the state governor, they are also elected into their different positions.

Mayors are like a president of a local municipal government. They are the city or town leader and resolve problems that might happen within their area. The mayor is responsible for running the daily operations as well as working with other leaders like city council members.

Council or Board Members

Also called a city council, these professionals are responsible for working with the mayor to oversee the government in their area. Not only will they create policies but watch over the daily activities. They also take the opinions of the members of the community into consideration through town or local meetings. The number of members of a council can vary, but each member plays a part in the workings of the local government.

Without local government, a town or region could not run smoothly. Not only do they create schedules for collecting trash, but they also clear snowy roads, collect taxes, monitor courts and public transportation. The local government also oversees the schools, fire department, police and emergency services in your area. If an ambulance has ever come to take care of you that was your local government. Parks, signs and road maintenance also fall onto the plate of the local government. 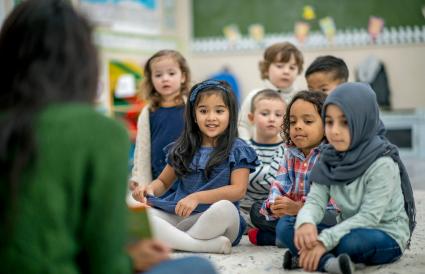 Mayor for the Day

Research a few local issues that are happening in your area. For example, maybe budget cuts for the police department or funding a new park. Now, use this lesson to help kids to understand more about local government. This will work best for 3rd to 6th graders.

Being a Council Member or Board of Supervisors

For this activity, kids will need access to research materials or information about their local city or municipal council. This lesson is great for kids from 2nd to 5th grade. This can be helpful to do around government elections as well.

This lesson can work for kids of all different age levels. You will need poster boards and markers or crayons. You can also have kids work in groups or individually.

Great for kids that are in grades 5th to 7th grades, kids will design a local government for a new community in this lesson. They should elect a mayor and council members. They should also discuss the different workers they will need in their community: firemen, sanitation workers, park workers, etc. They need to think about:

Have them work as a class to create a plan of action for their imaginary local government.