Indoor gym games for five- and-six-year-olds typically require a large open space like a gymnasium and standard kids' gym equipment such as bean bags, hula hoops, a variety of balls, cones, and music.

Gym games that use bean bags are great for this age group because if a child accidentally gets hit with a bean bag, it won't hurt much. This simple game is played like Hopscotch and focuses on the skills of hopping and maintaining momentary stillness in various positions.

The gym teacher and kids will work together to try keeping everyone in this unique game of tag rather than trying to get others out. Kids will practice dropping a ball, catching it before it bounces twice, and throwing it.

Kids will learn to dribble a basketball with one hand in this basketball activity for kids that resembles Musical Chairs. You'll need a basketball for each student and something to play music on. 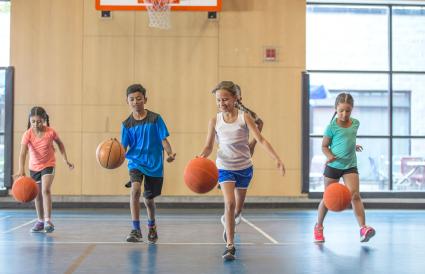 Students will learn each other's names and how to volley a lightweight object upward in this easy game. You'll need one balloon to play.

Games for children to play outdoors in kindergarten feature large physical movements and throwing or kicking balls because the open space makes them safer games. Look for ways to utilize your natural surroundings or stationary outdoor equipment in gym games.

Over the Line Relay Race

Kindergartners learn how to throw overhand with their opposite foot forward in this simple relay race. You'll need a small ball for each teams, a starting line, a finish line, and five long ropes or a set of five jump ropes for each team. Set the lines and ropes horizontally in line with about ten feet between each rope. Split the class into teams of four. 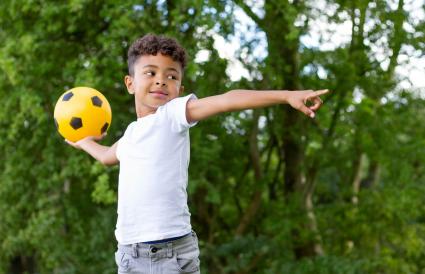 Make a standard game of kickball more fun when you play in reverse. Kids learn to kick a stationary ball with the inside of their foot in this wacky game. Set up a standard kickball field with home base, first base, second base, third base, and a pitcher's mound. Split the kids into two equal teams.

Set up a simple game of Capture the Flag where each team has a jump rope to protect rather than a flag. This game works best when you have several smaller teams and helps kids learn to jump rope. Each team tries to steal the jump ropes from all the other teams while keeping their own jump rope safe. Each team's jump rope should be within easy reach of others and not held by a team member. If a child steals another team's jump rope, they jump rope back to their "base" where their team's rope is being kept and jump rope using the opponent's rope for the remainder of the game at the base. The team who captures the most other jump ropes while keeping their own safe wins.

Kindergarten Gym Games With No Equipment

When you've got a limited budget or don't want to drag out a bunch of gym equipment, gym games for kindergarteners that don't use any equipment come in handy. These games can be played indoors or outdoors and make it easy for you to utilize your entire gym period without wasting time setting up or getting out supplies.

Kids practice the gym standard of rolling sideways in narrow body positions in this take on the classic playground game Red Rover. 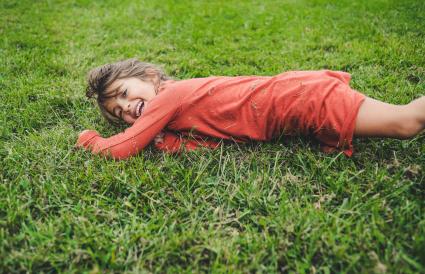 Using locomotor skills in response to creative dancing led by the teacher can be a tough standard to incorporate. This fun mash-up of Simon Says and Tag will get the whole class grooving.

Get ready for wild and crazy kids in this energetic game that incorporates balance activities with moving in patterns. Kids run around the space like they would for tag as the teacher calls out directives every few minutes. Each directive should include what type of movement to use and what pattern to use it in. For example, you might say "Hopping zig-zag!" and kids would have to hop in a zig-zag pattern around the room. If a child does the wrong movement or the wrong pattern, he is out. The last child in the game is the winner. Other actions and patterns to use include:

Get Kids Active in Gym

While gym class is meant to be fun and a place where kids can let off some of their energy, they are also supposed to be learning and practicing important skills to maintain physical health. Kindergarten physical education games and movement games can include competitive and non-competitive activities that feature a variety of physical skills and get kids excited about physical activity.