You read a poem out loud and noticed that your hair stood up on your arms. Maybe it creeped you out a little. How did it do that? One tool that writers keep in toolbox to add a little fun and flavor to their writing is using assonance. Find out what assonance is, how it is different from other literary tools and why you might use it.

The Beauty of Assonances

Words can make us dance through songs. Words can make people cry through books. Words can even make you scream in joy. As you can see words are pretty important. Writers that create songs, children's poems, tongue twisters and prose use words with purpose. In order to do so, they need tools. Like a builder, writers have to have a toolbox of tools or literary devices they can use to make their words dance in hearts readers rather than fall flat on their faces.

One form of figurative language that writers use is assonance. This is where vowel sounds (a, e, i, o, u and sometimes y) along with combination vowel sounds are repeated in a sentence or group of sentences. You might not have realized it, but you've seen it already in this article. Remember the phrase "fall flat on their faces"? This was assonance with the repeat of the a sound. It is the sound that matters, not what the words look like. For example:

This is an assonance because it repeats the long o sound even though the spellings are all different.

Have you ever read something that made you cry? Did you hear a song that made you smile? That's because the writer was setting the mood for you. They were making the mood sad, scary or even happy. One way to do this is to use assonance. The repetition of the vowel sounds can create a feeling in the writing that's meant to be read out loud. Read these examples out loud and see what you think.

As you may already know, assonance isn't the only tool that you can use to make your writing stand out. In the literary fight club of tools that writers use, assonance might not be the "smack down belt" holder but it stands out in its own way among consonance, alliteration and rhyming. Explore how these contenders are all similar and different through examples. 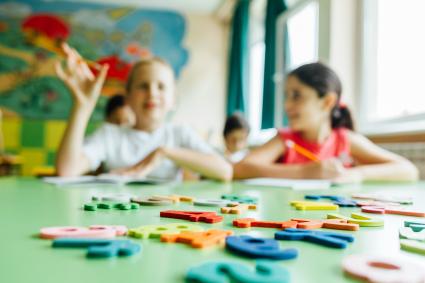 Assonance and alliteration both deal with repeat sounds but alliteration is the repeat of a sound at the beginning of the sentence. This can be both a consonant and vowel sound like:

Examples Dance Across the Page

Now that you know what assonance is and how it compares to the other literary tools use, look at some fun examples. You might even want to try your hand at making a couple of your own.

Creating assonances is fun. Not only does this unique literary device allow you to repeat fun sounds in words, but it can create mood in a piece of work. But assonances aren't just something that a master can create. You can too. Try creating your own unique assonances in a poem. Want to know more about figurative language try alliteration poems or simile poems, too.