No doubt, your kids can give you palpitations when they are late for dinner, don't answer the phone, or scamper off in the blink of an eye in a crowded mall. However, a GPS tracker will spare everyone a lot of drama, and in an unthinkable emergency, potentially save your child. 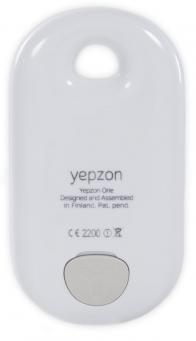 A Global Positioning System, more commonly known as a GPS tracker, is technology that coordinates with satellites to allow a monitor to locate someone. It operates on a simple model. The device is a transmitter that bounces a signal off a satellite to show its location with deadly accuracy. The super-sturdy, small device translates location information to a visible map, usually on your phone. Activate it and you've got your charge's whereabouts in a matter of seconds.

You can often use the GPS to set "zones" so an alarm on the device will go off, alerting you when the tracker crosses a zone boundary, such as a playground enclosure. You can also set the device for regular location updates. Each tracker has a cellular radio transmitter and a built-in GPS receiver. The data goes to your cellular provider's network so you can access it. Thus you do need to purchase lifetime or monthly service for the tracker. These are generally cheaper than cellphone data plans but still cost anywhere from $4 to $40 and up per month.

The features of trackers may or may not meet your needs for extra security and connection. Dig deeper to find the option that makes sense for your family.

Kid-friendly, wearable GPS trackers come in all configurations. Most are adaptable for any age, based on the type of protection you need and the daily activities of the child. While older teens may prefer GPS tracking via their cellphone, you can get a GPS device that stays in the car and alerts you when the family chariot is exceeding the legal limit.

A Few of the Best Picks

There is a wealth of GPS kid-tracking stock available. The following samples are well-regarded, reliable, and even stylish. Remember to factor in the ongoing expense of a service plan when you're calculating the best choice.

It's suggested age range is five to ten. This GPS is designed for someone who is concerned about keeping her child safe. It's a great choice for kids who have to walk home alone, or even for your younger tween who wants to explore the mall.

The $135.00 device has an interchangeable colored faceplate (green, pink or blue), matching pouch for carrying as well as a wrist/ankle pouch, and lanyard. It is iOS and Android compatible. Generous monthly service plans are $15.00 to $18.00, and you can purchase the tracker and plan directly from the manufacturer by calling 855.368.8555. You'll find numerous awards listed on the website, along with a lot of user-friendly information.

Tom's Guide (formerly Gear Digest) chose Trax Play as one of the "Best GPS Trackers for Kids 2017." Trax updated its former model and slashed the price. It costs about $100, but you will need a contract with T-Mobile network for data use. Trax Play is tiny, weighs about an ounce, clips or threads onto a belt or clothing, slips into a pocket or a backpack, and has a long-lasting lithium battery, depending on the update frequency you set. It's useful for playground toddlers and preschoolers, latch-key kids, teens who drive - and pets. It also features:

Purchasers gave it high marks for tracking commuter kids and monitoring children anywhere outdoors, including in cars. Trax Play probably isn't your pick for the kid who never saw a shopping mall she couldn't get lost in. The tracker comes in white with blue or pink trim.

You don't need to be surveilling your kids like Big Brother to make good use of a GPS tracker. Involve them in the action. Show little ones how to hit the alarm button when they don't see you. Swap the device with your school-age child for practice so he can try locating you. Once he understands the safety and convenience a tracker represents, the device is less of an annoyance. Make the GPS protocol a condition of the driver's license or the extended curfew. Then, you don't feel like you have to hover. The correct response to a little-bit-late teen who was clearly proceeding homeward at a safe speed is a hug. When you're not half-frozen in fear, that hug is easy.