Sea turtles are fascinating creatures with great determination and instincts. Learn more about the solitary and challenging life of a sea turtle to appreciate these reptiles and understand how to help protect them.

While each species of sea turtle looks a little different in color and size, there are things they all have in common.

Each kind of sea turtle has a specific geographic area where they nest, breed and live.

Each species of sea turtle lives in a particular area and eats a diet based on their unique physical makeup.

The sea turtle life cycle explains why there are so few sea turtles. Watch the perilous journey of baby sea turtles from their nest to the ocean in this education video.

Six species of sea turtles are listed as threatened or endangered because of threats like pollution, habitat loss and poaching, most of which are caused by humans.

If you want to learn more about sea turtles and how to help them escape extinction look for movies, books, games and volunteer opportunities near you or on your next vacation.

Animated films with interwoven facts are great at keeping younger kids' attention and providing an educational experience to remember. Older kids will appreciate the realistic images and stories presented in documentary films. 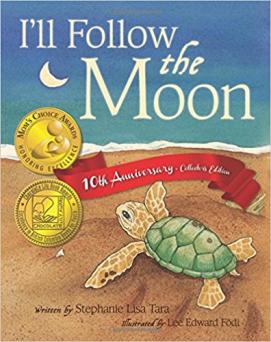 The best way to find out everything you can about a particular animal is to read as many kinds of books as possible. Each book offers a unique angle on sea turtle life.

Show off your love of sea turtles with fun activities and crafts you can hang around the house. Better yet, become a citizen scientist and get involved with keeping these creatures protected!

Your knowledge of sea turtles and their importance in the world can help save a species. When you understand what is important to the livelihood of a sea turtle you can find ways to get involved or help others appreciate these animals.