Dr. Martin Luther King, Jr. led parts of the Civil Rights Movement in the United States (U.S.) during the 1950s and 1960s. Lessons about people like Dr. King help kids empathize with people from different ethnicities and showcase how one person can truly make a difference in the world.

When you start to teach about important historical figures, give a background of their life to help kids see them as real people they can relate to. Touch on each of these areas of Dr. Martin Luther King's life, then expand on areas that make sense for your population, curriculum, and time frame. Colours of Us suggests over a dozen children's books about various parts of Dr. King's life that can accompany lessons including:

When kids can see bits of their lives and personalities in a historical figure, it makes that person more realistic and relatable. Through a brief childhood history, children will see that, just like them, Dr. King made mistakes and had parents who made many choices for his life.

Martin Luther King Jr. was born Michael King Jr. in 1929 in Georgia. He had an older sister, Willie Christine, and a younger brother, Alfred. Together they grew up with their parents, Michael King Sr. and Alberta, in a highly religious and respected family in Atlanta, Georgia. Michael Sr. became a pastor in a huge church a few years after Michael Jr. was born. Young Michael was a smart kid, but not one who obeyed his parents at all times or stayed out of trouble. Education world offers a list of 15 lesson plans featuring biographical information about Dr. King for all age groups.

In grade school, Dr. King was incredibly smart, skipping the 9th and 11th grade. Although he was very smart, he was not a highly motivated student. At age 15, Dr. King started college at Morehouse College in Atlanta where he earned a degree in Sociology. He had no interest in following the family legacy and becoming a minister. In fact, he often questioned his faith.

However, in his last year of college, Dr. King decided to head to the ministry after all. King then moved on to Crozer Theological Seminary in Pennsylvania where he graduated as Valedictorian in 1951. At the age of 25, Dr. King graduated with his doctoral degree from Boston University.

Dr. King's positions as pastor were limited to two churches. In 1947 Dr. King accepted the position of pastor at Ebenezer Baptist Church in Atlanta where his father and grandfather both served as minister. He worked at this church up through 1954 then left to accept a position as pastor at Dexter Avenue Baptist Church in Montgomery, Alabama. Five years later, Dr. King was called on by Ebenezer Baptist Church to serve as co-pastor with his father and he accepted. Dr. King served at this church until his death. 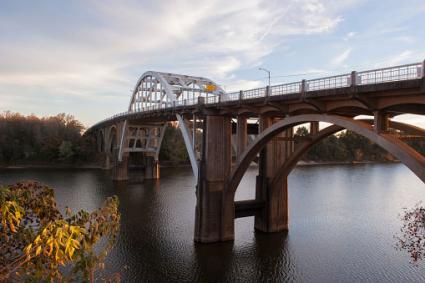 These topics can be difficult to cover with children because so much of Dr. King's work was shrouded by violence. Be sure to keep information and media presentations age-appropriate.

In the early 1950s Dr. King became heavily involved in the rising Civil Rights Movement to gain basic human rights and equal treatment for people of color. He was inspired by Gandhi's civil disobedience and sought to use nonviolent tactics as a means to force changes in the U.S. History.com highlights the timeline of events and accomplishments Dr. King was involved in during the movement including these highlights:

The King Institute offers a comprehensive timeline of Dr. King's life. Teaching for Change provides a list of ten lesson plans related to understanding the Civil Rights Movement for kids of all ages.

In 1964 Dr. King received the Nobel Peace Prize for his work in the field of human rights. To see video and pictures from his award ceremony and hear his acceptance speech, visit Nobelprize.org. While this was perhaps his most prestigious award, Dr. King also received awards from organizations like the National Association for the Advancement of Colored People (NAACP) and the United Federation of Teachers (UFT.) In addition, Dr. King has been honored in several ways after his death including:

Learn about his life and greatest achievements with timelines, biographies, and related activities from Scholastic.

Dr. King impacted the people of his time, the government of his time, and both entities in today's world. Help kids see the scope of Dr. King's work and how his words and actions continue to effect change long after his death. The National Education Association offers dozens of lesson plans, activities, and resources separated into three grade levels: K-5, 6-8, and 9-12. You can also find free printable activities, lesson plans, and book recommendations at Free Homeschool Deals.

Add a multimedia component to lessons with movies related to Dr. King's life and the Civil Rights movement and set in the period he lived in.

Decades after his death, Dr. King's work continues to impact lives. In 2016 the Charlotte Observer asked current activists, politicians, and ministers to share their thoughts on what Dr. King would like about today's world. Responses include references to our first African American President, Barack Obama, the Affordable Care Act, and the legalization of Same-sex marriage. While you may tend to think of Dr. King's work as largely impacting the black community, he was a champion of equal rights and just treatment for all people.

Children of all ages can participate in activities and lessons related to Dr. King's life and work. For more fun ideas check out:

The Past Influences the Future

When great people embrace their mission and their unique abilities, they make changes that outlast their lives. Dr. Martin Luther King, Jr. is one such person who saw a need and used his talents to affect change in the world across decades. While he is only one of the many people who took part in the Civil Rights movement, his accomplishments are an important part of history.