Gorillas look and act a lot like you, which is why they are so interesting to watch. Learn all about how these animals are similar to and different from people with fun animal facts.

All the world's wild gorillas can be found in central Africa. This habitat supports their diet because it is rich with plants for them to eat. 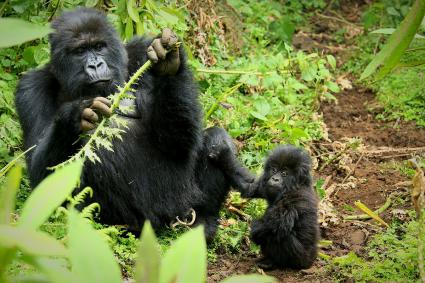 There are two species of gorillas and four subspecies. Each kind of gorilla looks similar, but some are more brown in color while others are more black.

Gorillas can live in groups of up to 20 individuals. Typically the group is led by one male who is the only one in the group allowed to mate with the females. 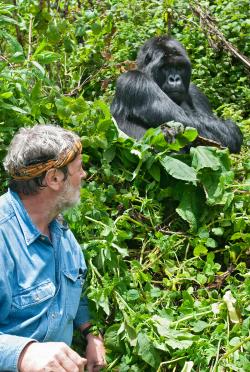 As one of the closest relatives to humans in the animal world, it's easy to see how people and gorillas are a lot alike.

Most subspecies of gorillas are endangered because their habitat is being cut down, they are sometimes hunted by humans, and they can catch deadly diseases. Governments and organizations today are working hard to help people conserve the land where gorillas live and make sure they don't become extinct.

Learn more about gorillas by watching videos and reading animal books that show what they are like in real life.

Get to Know the Great Ape

Although gorillas can look intimidating, they are typically peaceful and loving creatures. Get to know more about this great ape so you can help make sure they survive for centuries more.