Kids are fascinated by big trucks and heavy equipment. If you've got a garbage truck enthusiast, these videos provide all the information she will ever want about these massive machines.

Cartoon garbage truck videos are best for babies, toddlers, and preschoolers because of the zany sound effects and fun characters. Kids who are sensitive to the loud sounds of a real garbage truck may also like these alternatives.

This educational YouTube channel provides tons of videos for kids, including a garbage truck video. Garbage Truck is the thirteenth episode of Season One of the show called Street Vehicles. At only two minutes long, the animation is just the right length for a toddler's attention span. Using a variety of silly sounds, each part of the truck flies onto the screen and into place as kids watch a truck slowly form before their eyes. The anticipation builds as a yellow garbage truck is assembled then drives off to pick up garbage and drop it at the dump.

George the Garbage Truck is one of many characters from the Real City Heroes series on YouTube. Using more modern and realistic animation, preschoolers and older kids follow George around the city as he wakes up at 5:30 in the morning, collects garbage, and discovers other exciting sights and sounds you might find in a real city. Light, upbeat music plays throughout the roughly ten-minute video ending when George, who's narrated by a child's voice, finally gets to go to sleep. The official video has over 28 and a half million views!

Kids who love to see the real thing in action can't get enough of these real-world videos. You'll get to watch real trucks and the real people who work with them.

The Mighty Machines franchise pairs fun voices with videos of real trucks and machines. Each machine gets a high energy voice and tells kids all about its functions, parts, and jobs. In Volume Two, you can watch the 25-minute episode, At the Garbage Dump, where you follow one truck collecting garbage and another moving or processing it at the transfer station and landfill. The rock 'n' roll style theme song gets kids excited from the start in this $30 DVD which features two other episodes about different trucks. Common Sense Media says this series is " a must-see for kids who love things on wheels." 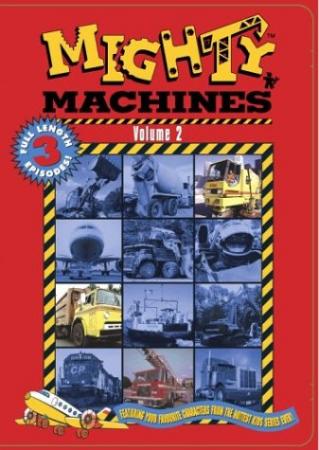 With a wacky host and original songs about everything in the world, Blippi is an educational show for preschool and lower elementary kids on YouTube. Blippi wears bright orange suspenders, a bow tie, and glasses and is as excited about discovery as your kids are. In this thirteen minute video, he describes the parts of the garbage truck, including safety features, and talks about the difference between garbage and recyclables. The last couple minutes feature a song all about garbage trucks. Forbes magazine shares that Blippi is one of Amazon Prime's top 100 all-time streamed self-published shows and calls its creator a "creative genius."

How'd They Build That?

Visit the McNeilus factory in Minnesota to see how three different kinds of garbage trucks are built and what their unique features do. Learn about side loaders, front loaders, and rear loaders to see how each is made and what makes each different from the rest. An authoritative adult narrator guides elementary kids through the process of engineering a garbage truck while real workers put the pieces together. Get a quick video preview from the maker, Marvelous Media or purchase the full one-hour DVD for under $10. 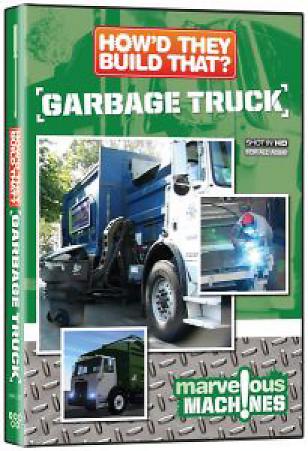 How'd They Build That

Kids who want to play along with the video might like toy garbage truck videos. You can watch as someone else plays with toy trucks and get ideas for toys you would like to own.

Watch a young boy named Axel and his dad unbox and play with a new recycling truck and clean up a local park on The Axel Show on YouTube, a channel with over half a million subscribers. The video is about twenty minutes long and showcases all the features of the truck along with creative ways to play with it. Axel's dad narrates the show while Axel plays with the truck.

Kids who love to see a variety of garbage trucks can check out several videos on the YouTube channel Garbage Trucks Rule. The channel features over 100 videos dedicated to toy garbage trucks. This short, four-minute video has nearly 4 million views and features lively music and four different kinds of garbage trucks filling up and zooming by. While this video doesn't include any people or talking, many of their other videos feature a family of young brothers.

Videos about garbage trucks give kids information about a tool cities use to keep neighborhoods clean and up-close views of these exciting and sometimes dangerous vehicles. Look for your local garbage truck to watch from afar then keep the fun going with these videos.