Although desert environments are too harsh for many living things, there are plenty of animals who have adapted to desert life. From bugs and birds to reptiles and mammals, desert creatures are known for their intelligence and resiliency.

Bugs, insects, and small flying creepy critters living in the desert are often venomous to protect them from predators. These tiny creatures sometimes build elaborate homes to keep them sheltered from the heat.

These unique critters roll around large piles of poo to help them survive.

The Sahara Desert is the largest desert in the world and home to these futuristic-looking desert dwellers. 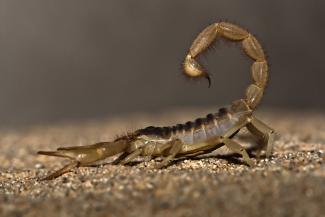 There are more than 2,000 species of scorpions in the world, and they are some of the heartiest desert inhabitants.

There are many desert-dwelling spiders, but the Tarantula is one of the most recognizable.

Snakes, toads, and lizards often adapt well to hot climates because they are cold-blooded and take on the temperature of their surroundings.

This unique snake is found in U.S. and Mexico deserts and has cool adaptations that help it move fast on hot sand.

These sand-colored snakes of the Sahara Desert blend in with their surroundings. 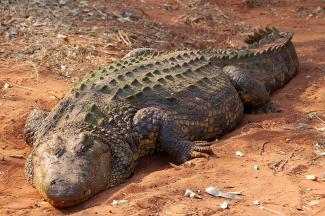 While you might think mostly of crocodiles and alligators as living in or near water, these guys like the heat.

This cool Australian desert lizard is well-armored to help it survive.

This carnivorous reptile, found in the Sahara Desert, spends its time alone.

Large and small birds call deserts their home and find simple ways to beat the heat. 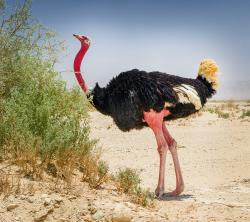 This flightless bird calls the desert home and has no trouble living there.

This smallest owl in the world lives in desert regions near U.S. and Mexico border.

Rodents and small mammals inhabit the large plants and the ground in desert landscapes.

Although they look similar to rabbits or guinea pigs, these are actually the closest living relatives of elephants.

There are only two species of these mice, and they are exclusive to U.S. deserts. 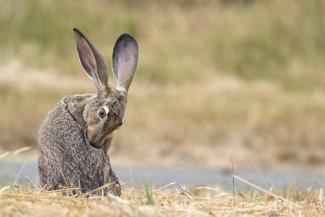 Despite their name, these cute creatures are actually hares, not rabbits.

One of the most adorable desert creatures, these little guys pack some big adaptations.

Although they are large, these animals are all plant-eaters.

Known for their ability to leap and run fast, gazelles are always alert for predators. 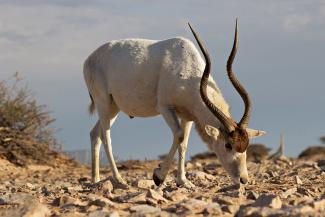 This endangered species is one of only two types of antelopes that can live in the desert all year long.

These two-humped camels are found largely in Central Asia.

These one-humped camels are found largely in Africa and are used to help people travel through tough terrain.

Every wild place has a few predators that are known for their speed and hunting skills. These are some creatures who live at the top of the desert food chain. 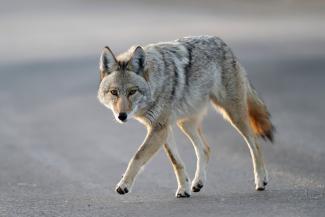 Known for their stink, these dogs resemble hyenas.

Extreme speed helps cheetahs cover a lot of land during night hunts and easily capture prey when they find it.

Get Wild About Deserts

While these desert creatures might be different in many ways, they also have similarities that help them survive in extreme heat. Learning about how these insects and animals live in the desert can help you think of ways to beat the heat at home.