Hurricanes are powerful storms that start in warm ocean waters. While hurricanes are natural disasters known to leave people homeless and cause a lot of damage, there are other interesting facts about these unique severe storms.

As if the waves and winds aren't bad enough, when a hurricane hits land, it can produce tornadoes. According to Dr. Greg Forbes, 20 percent of tornadoes are caused by hurricanes in the U.S. in the month of August. This can go up to 50 percent in September; however, most of the tornadoes hurricanes cause are weak and don't last long on land. 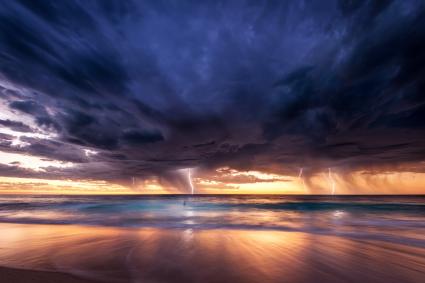 Hurricanes need water to thrive. So, when they hit land, they don't have the energy coming from the ocean anymore. This means the hurricane will start to break up and slowly die. So if you live in Nebraska or another land-locked state, there's no need to worry about a hurricane.

3. One of the Worst Hurricanes Happened in 1780

The Great Hurricane happened in 1780 in the Caribbean islands, and it is assumed it made landfall in Barbados. While the point of origin isn't known, it did kill more than 20,000 people, making it one of the deadliest storms.

4. Hurricanes and Typhoons Are Both Tropical Cyclones

5. The Eye of a Hurricane Is Calm 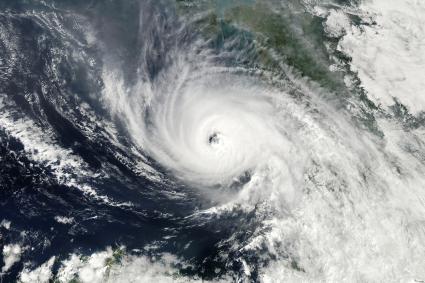 6. Hurricanes Spin Different Ways Depending on Where You Are

7. Hurricanes Will Spin Around Each Other

It would make sense that when two hurricanes collide, they would join together to create a big storm. However, instead they dance around each other. This is called the Fujiwhara Effect. If the storms are of similar size and intensity, they might just spin around each other before going on their separate ways. If one is much bigger, however, it might absorb the smaller one.

Hurricane seasons are only when the water is warm, and there is a very specific reason for this. Hurricanes need warm ocean water and moist air above the ocean to form.

9. Hurricanes Can Reach Speeds of Over 157 mph

At its most dangerous, a hurricane's wind speed can exceed 157 mph. This is faster than some cars go in races. This is why hurricanes can cause so much damage to areas of land that they hit.

There are five different categories that hurricanes come in. The type of category they fall into depends on the speed of the winds.

11. Hurricanes Were Once Named After Real People

Clement Wragge is the meteorologist credited with naming hurricanes, but he got into a little trouble when he started naming bad storms after political figures he didn't like. In the 1940s, it became popular to name storms after important people like wives and girlfriends. Could you imagine naming a storm after your mom?

There are a lot of different storms caused by weather, but a hurricane is one of the deadliest. It is a powerful storm that starts over the ocean and sometimes hits land. It can wreak a lot of havoc, kind of like your brother or sister.