Since the mid-nineteenth century, theorists have tried to capture the trajectory and influences of child development, although the definitive measure of a child is elusive. However, some noteworthy theories have influenced child psychology and education and continue to shape society's thinking about childhood today.

Lev Vygotsky's analysis of cognitive maturation is known as social development theory. His work is based on two main principles:

Vygotsky believed that play was the main work of preschool-age children and that through play they learned to master their world. His theories on development are central to the educational philosophy of constructivism - that human experiences are the key to ideas and knowledge.

The social development theory can be divided into three main themes: 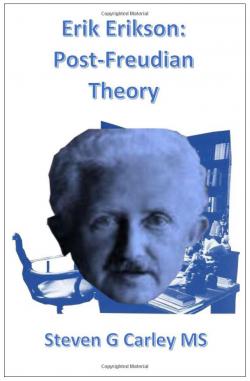 Erik Erikson's work centers on psychosocial theory. Erikson went beyond Freud to look at the formation of a personal sense of identity, from cradle to grave. He was concerned with the aspect of development that encouraged people to function in a healthy way in society. The full spectrum of psychosocial adaptations includes:

From birth through childhood, the stages he designated as crucial involve positive interaction with caregivers and teachers. 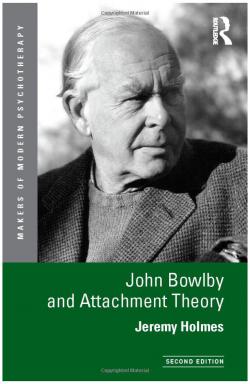 John Bowlby proposed a comprehensive attachment theory. Bowlby thought the scientific emphasis on behavior and psychoanalysis was missing a key ingredient in the development of a fully functioning and emotionally healthy human - a significant bond with a main caregiver (typically the mother). Absent this relationship, the developmental pitfalls were apt to be depression, aggression, a decline in intelligence, delinquency, and affectionless psychopathy - a coldly sociopathic personality lacking in empathy.

Bowlby's research with institutionalized children and monkeys resulted in a theory of stages of attachment.

Pre-attachment - From birth to six weeks, newborns are calmed by the familiar presence of their mothers, or another attentive human, and perform ritual activities to attract caregiver attention: cooing, crying, smiling and making eye contact.

Bowlby's theory allowed him to determine levels of quality of attachment that predicted emotional maturation success for the child. The attachment styles he identified are the result of the quality of maternal or main caregiver attention to the child. 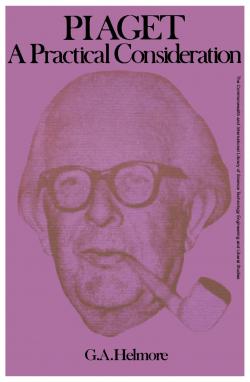 Jean Piaget is well-known for his cognitive development theory. Piaget was interested in how children interacted with their environment. He proposed the novel idea that kids don't think the same way adults do, and they don't see the world as adults do either. Only from interacting with that world, do children develop a grasp of reality and a lively intelligence. Play is very important in Piaget's view of development. He believed children play to make sense of and master their world. He recommended that parents and teachers provide young children with appropriate-age challenges and a rich learning environment filled with manipulatives, collaborative activities with other children, and field trips for in-person discovery learning.

The Four Stages of Cognitive Development

He separated his cognitive development theory into four stages.

For Bronfenbrenner, there were five layers of this system and the developing child encountered them both sequentially and simultaneously -- the innermost circle or layer having the most direct effect on the infant and subsequent encounters with a wider world having greater and greater influence. 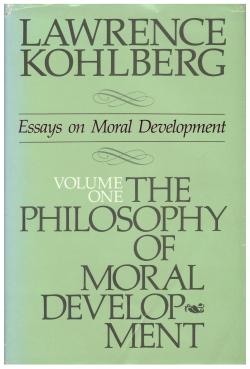 The Philosophy of Moral Development

Kohlberg's stages of moral development focused on children and adolescents and the age-related differences in their reasoning about right, wrong, justice, and injustice. His theory, based on testing both children and adults, concludes that children advance through distinct stages in moral thinking, similar to Piaget's stages of purely cognitive development. Kohlberg believed these stages to be consecutive, each replacing the one before it, with no variations possible in moving through them. He did not think children, or anyone, could understand moral reasoning much beyond one stage further than their own but he did determine that a person would be attracted to the next level up from theirs. He asserted that physical maturity and moral maturity did not necessarily keep pace and that moral maturity would lag if conditions to stimulate its progress were absent. Kohlberg identified three main levels of moral development encompassing six stages.

This level pertains to children about nine and under. Kohlberg didn't feel young children had a personal moral code. Instead, he saw them as mirroring adult authority, rules and consequences in their decision-making.

Kohlberg is getting to adolescent and adult thinking here and that involves the acceptance of role model concepts of morality. Group-think, in one's peer group or social group, is important. Convention and authority are not seriously questioned.

The individual develops a personal moral code from the focus of individual rights. Justice follows from the observation of this code. Excepting the rare child with flashes of moral insight, empathy and sensitivity, this is a stage for adults and, according to Kohlberg, few make it to Stage 5 and fewer to Stage 6.

Kohlberg's work has been robustly criticized for its male-centric, western-centric bias and limited socioeconomic parameters. Simply put, the objections are to values he identified for boys socialized in a patriarchal western culture, with no allowance for the compassion, caring, collaboration and sensitivity typically assigned to the socialization of girls.

Bandura's social learning theory (SLT) owes something to Vygotsky. Social learning holds that children observe others and then model their behaviors in a new situation. There is an ongoing reciprocal interaction among environmental, behavioral and cognitive (thinking, reasoning or remembering) influences. This constant dynamic Bandura called "reciprocal determinism," meaning the world and the individual have an effect on each other. The child learns in a constant interaction between nature (biology) and nurture (environment).

But Bandura added a step to acknowledge that small humans do not merely mimic what they observe. He calls this mediation - the child is increasingly adept at evaluating behavior and consequence. She thinks about what she sees and experiences. This thinking, in Bandura's theory, consists of four mediational processes.

In the development of his theory, Bandura recognized that the mental life of his subjects affected their learning as much as the external behaviors did. He now refers to his work as Social Cognitive Theory (SCT), a study in cognitive-behaviorism. 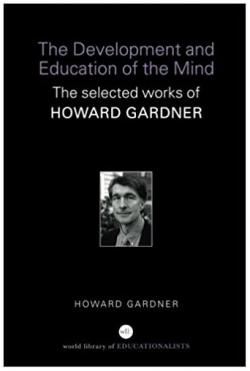 The Development and Education of the Mind

Howard Gardner is the author of multiple intelligences theory. Gardner's revolutionary theory has influenced the way the developing mind and ability of a child is viewed, the way children are taught, and the way society honors and rewards distinct capabilities. His idea challenges the one-size-fits-all, definitive-stages, cognitive theory of Piaget and refutes traditional definitions of intelligence that measure solely linguistic and logical-mathematical competence. Gardner believes that the human mind, from birth, holds a variety of talents, predispositions, and capabilities and that, at any one stage in development, one or more of them might predominate. He expands upon this idea to insist that people should be taught and guided according to their innate intelligence, be that musical, interpersonal, linguistic, athletic or any of a number of different learning models. He also rejects the idea that one style of intelligence is superior to any other. In his view, a person may excel at more than one kind of intelligence and all are equally valuable.

Since Gardner's original theory was published, he has identified more than the seven intelligences he began with, but it is possible to grasp his theory by reviewing the original seven.

It might seem needlessly complicated to pursue the strands of so many theories about how a child develops. However, child development theory supplies keys to unlocking human potential, understanding the puzzling behavior of small obstinate people, avoiding the harm unthinking neglect or mistaken notions of age-appropriate behavior can inflict, optimizing that shiny new baby's chances for living a rich, satisfying, productive life. Child development theory isn't just a theoretical map of linear growth and chronological skill mastery. It's the story of humans, of why they are what they are -- and what they could be.