Children are not logical creatures. Their judgment cannot be trusted. If your little one demands to play on the swings or to run around the soccer field, you simply cannot allow it. They should not play outside. Heaven forbid they actually get some sunshine and fresh air!

Why leave the safe and secure environment of the great indoors only to risk the scary and unpredictable nature of whatever lurks beyond the front door?

When children play outside, particularly in public places like neighborhood parks or playgrounds, they are far more likely to encounter other children who are of similar age and may share similar interests. The more time children spend with one another, especially if they tend to see the same kids at the same park, the more likely they are going to become friends.

The scary thing is that when children make real friends with other real children, they can become less interested and less attached to their imaginary friends. Instead of hosting a tea party with Invisible Susan, little Lainey might enjoy pretend play with real-life Lucy and Marie instead. You don't actually want her to learn appropriate social skills, do you? 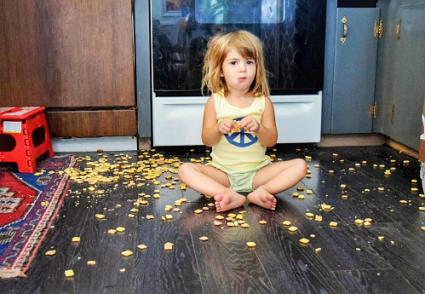 One of the greatest and most rewarding joys that any parent can experience is repeatedly needing to clean up after their children after they spill yet another cup of juice, pour the contents of the cereal box onto the floor, or take a permanent marker to scribble all over the walls of the living room. It's enough to make any heart melt with loving adoration.

By definition, children cannot make a mess inside the house when they are playing outside. Even under the best-case scenario, the kids are only going to make a mess outside, which is far too easy to clean up. Why deprive yourself of the opportunity to scrub the kitchen floor for the 15th time today?

3. They'll Tire Themselves Out and Fall Asleep

Perhaps even more enjoyable than cleaning up after a messy kid is fighting with a particularly rambunctious toddler who simply refuses to take a nap. When you've got that 20+ pound ball of wound up energy with tantrum-driven flailing limbs everywhere, you know you've made it as a parent.

When children are given the opportunity to run around freely in the park, kick a soccer ball, or play tag with the other kids, they can exhaust themselves to the point where they'll just fall asleep naturally. No sleep-deprived mom or dad actually wants peace and quiet around the house, right? 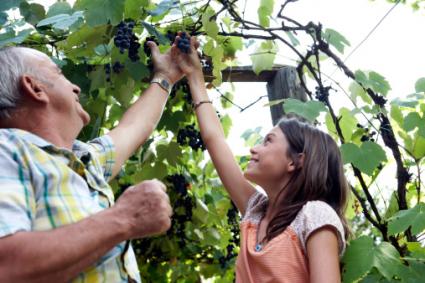 The distorted perspective as depicted in sitcoms, cartoons, and reality television are what children really need. These types of programs empower children to develop unrealistic expectations of the real world. Of course any significant family problem is fully resolved in a matter of 22 minutes! Of course everyone in town looks exactly the same with no real diversity whatsoever except for the one token outsider!

As children start to spend more time playing outside and interacting with the real world, they begin to mature into active participants, rather than passive observers. Disappearing into a near-fictional world populated by "Facebook characters" that people portray on social media is so much better. 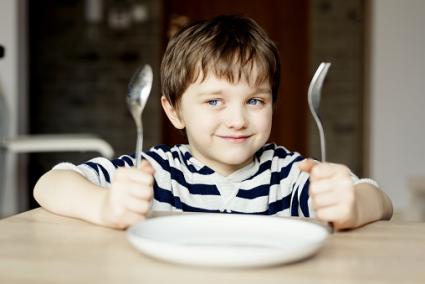 Children who spend hours on end staring at the television or lying in bed with their iPads might not feel like eating very much. When dinnertime rolls around, they may just push the pasta and peas around on the plate in a state of utter disinterest.

By contrast, kids who spend more time playing outside will have increased nutritional requirements to fuel their adventures. They'll want to eat more and they might become more willing to eat fruits, vegetables, and other healthy foods. After playing outside, they'll come back so hungry that they'll eat almost anything. You won't even get a chance to trick them into eating healthily. That's so boring!

6. They'll Get Faster and Stronger 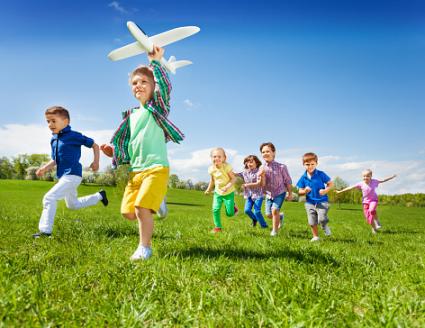 How can you possibly expect your (not so) little one to achieve the high score on the BMI leaderboard when he's burning so many calories playing basketball and football with his buddies from school?

Confining children to small padded rooms where you have absolute control over every possible variable can be incredibly tempting. If a room is dark, you can turn on the light. If it's cold, you can turn up the heat. As a sleep-deprived parent, control over the unpredictable is very desirable.

However, risking the great outdoors and all its terrors can be very rewarding for child and parent alike. Sure, your kids will get dirty and scrape their knees, but it is through these enriching and diverse experiences that their fragile little minds and bodies learn how to handle the real world. You have to let go eventually.