Turn that racket off! If you've yelled that phrase at your kids lately, you might need to do a little rethinking before poo-pooing their blaring atrocities because, as it turns out, listening to music can make them a smartypants. And not just the classical kind. From Mozart to Miley Cyrus, here are five ways listening to music might make your kids smarter than the average bear.

1. It Supercharges Their Concentration 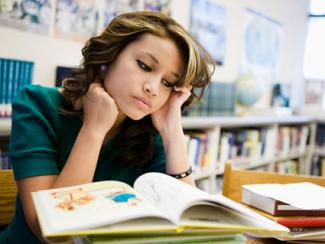 Got a kid that's too scatterbrained to study? Nagging your children to concentrate on their homework is about as much fun as eating alien droppings. Instead, try flicking on some classical music. Say what???! Are we madder than a wet hen?! Although this strategy may leave your kids wanting to pulverize you, a study by the Institute of Education at University College London showed that listening to classical music amps up skills needed for careful listening, including concentration.

Still quaking in your boots that it's going to down like a lead balloon? Here's further ammunition: researchers at Stanford University found the part of the brain responsible for human attention gets super juiced up when listening to classical music. Go on, sneak in a little bit of classical music. You know you want to.

2. It Improves Thinking, Reasoning and Creating

Fancy a budding mathematician, engineer or architect in your midst? Okay, so we can't guarantee you an Einstein, but various studies including this one by the Journal of Aesthetic Education have shown that listening to music supercharges your spatial-temporal reasoning.

What on earth are we talking about? We're talking about the part of the brain that is crucial to how we think, reason, and create; abilities which are apparently the key to owning it like Archimedes. Better than using the guess and hope method, we reckon.

3. It Boosts Their Memory Power 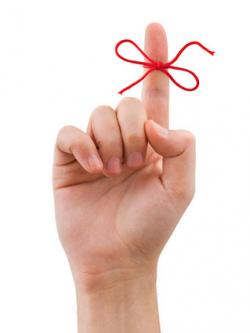 You don't need to be a scientist to work out that intelligence and memory are closely linked; but if you DO need to hear it from a scientist, this paper by Kyllonen and Christal testifies that working memory and intelligence are highly correlated.

With that in mind, a study at University of Burgundy showed that listening to music can facilitate learning and recall, where text is better recalled when it is heard as a song rather than as speech. Well, paint us green and call us a cucumber!

So your singing might be as bad as Justin Bieber's voice but oh sweet revenge! Finally, your charming spawn have a reason to listen to your sucky singing if you have a little one in the house. Sally Goddard, the Director of the Institute for Neuro-Physiological Psychology, outlines in her book, The Genius of Natural Childhood, listening to YOU singing helps develop language skills that help them communicate more effectively later on in life. So folks, feel free to keep up the crooning like a cat being squashed in Lithuania.

5. Pop Music Can Help them Study?

Yes we know, we know, *massive eye roll*, does this mean we are going to have to endure a cruel form of torture worse than sleep deprivation day in day out? Sorry to stick a hedgehog down your shorts, but seriously, we kid you not. While everyone seems to be banging on about the virtues of Mozart and Beethoven, the real winner here really could be Miley.

Gah! Our brain just fell out of our ear. Research by clinical psychologist Dr. Emma Gray found that listening to songs with 50-80 beats per minute, from the not-so-holy trinity of Miley Cyrus, Justin Timberlake and Katy Perry (oh the calamity!), has a calming effect on the mind that is conducive to logical thought, allowing the brain to learn and remember new facts, improving learning and studying. Quite possibly as crazy as an Eskimo hating snow, but true all the same.

So if the music is ground zero for creating a smarty pants, (even if it's the type that makes you want to hightail it for the mountains) we say...play on! Just don't shoot the messenger about the Miley Cyrus part okay?