"I didn't want an iPad mini - I just wanted Justin Bieber tickets." Say whaaaaaaaat?! Raising a kid that is as spoiled as a Siamese cat is the lowest of the lows in parenting. What if, while you were tsk-tsking at the spoiled nastiness not happening in your backyard, you were secretly spawning spoiled brats right under your very nose? Could it be? Let us fill you in on some telltale signs that you are indeed heading for a brat-tastic parenting catastrophe. 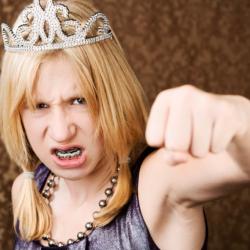 Picture the scene. . .it's grocery shopping time at Walmart. You turn your back for one minute and suddenly your little princess comes dragging along an insanely over-sized pink princess doll house. She needs it, she wants it, she moans, and she whines. She wails like a banshee having its head cut off with a chain saw as she drags the god-forsaken travesty of a toy around the store with you. Meanwhile, you desperately hope, while you throw out every plea and bargaining chip in the book, that this is over before you get to the cashier.

Cue the epic temper tantrum. Now it's crunch time. Do you stand your ground, promise her another toy, or end up getting this toy? If you choose either of the latter two options, you've got a bona fide brat on your hands and a major self-control fail to go with it. Extra brat points if she only played with it for all of one minute, then got bored.

2. She Is as Helpful as an Inflatable Dartboard 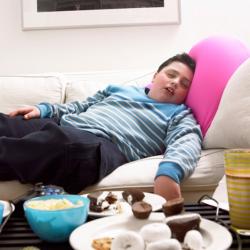 It's dinner time, and you ask your sproglet one teeny, tiny, little thing, like to help set the table. Suddenly, she descends into a calamity of huffs, puffs, eye rolling, and 'I hate you' death stares, all of which climax in a tirade of "You're the worst Mom ever," and "Kill me now."

You wonder if you asked her to move the moon into the kitchen, or worse yet, weed the entire block single-handedly. Meanwhile, you toy with the idea that perhaps she in fact got switched at birth - with a sloth.


3. Everyone Else Thinks He Is Chucky's Descendent 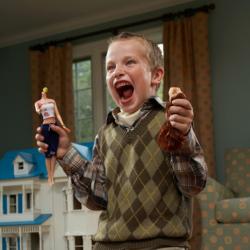 So you think your little cherub's antics are just cute and boisterous? After all, you reason, he is just expressing himself through his wild behavior of knocking everything over, breaking other kid's toys at playdates and basically trashing anything at any given moment in time? Oh yes, and how absolutely endearing (read: vile) that he throws the mother of all fits at every birthday party he's ever been invited to because he didn't win any of the games.

Well, we've got news for you. . .other people aren't nearly so charmed with the lethal insolence your pesky punk unleashes on the world at large.

4. He Loves His Electronics More Than People 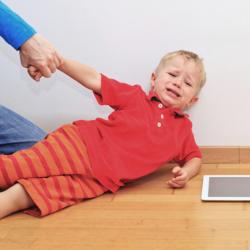 Is your kid dripping with a laptop, iPod, Facebook account, and smart phone, leaving him looking like something more out of Blade Runner than a normal kid? Does he drool, grunt in monosyllabic replies, and sport checked-out expressions when faced with real-life conversion? Do you fear that he may have had a secret lobotomy at birth which left him powerless to the everyday art of communication?

Here's some food for thought - when we were kids, we only had one thing to play with. It was called "outside." If you have a spoiled brat growing fat on chips while feeding his serious tech addiction, we're sorry to tell you that (duh!) you can't buy love in this digital age.

5. Bribery Has Become a Way of Life 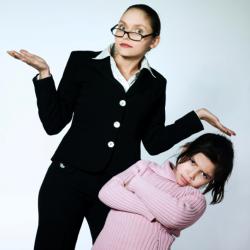 Okay, so we all know about selective bribing in times of desperate need (ie like eating vegetables or getting out the door in short order.) We've all been there and done that at least a time or two. However, what about when you're having to bribe your mutant gremlin kid to actually finish that dance class she literally cried blood over to get signed up for in the first place? Or to eat that pizza they sooooo wanted to eat in THAT restaurant ten minutes ago.

That allurement started out as a bribe for something - wait what was it for this time? - and is now being blackmailed with a bribe within a kickback....OMG! The never ending spiral of bratty bribes is just too much for our brains to compute! Somebody press the brat overload button!!!

6. You Dance to the Beat of Their Drum 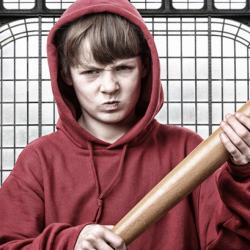 Do your hands literally shake at the thought of picking up the TV remote to watch something YOU want? Do you jump to attention while your kids bang their fists on the table demanding a drink, caveman-style, screaming "I WANT A DRINK!!!!!"?

Is your garden taken up by a huge, expensive trampoline that you couldn't even afford because you would rather stand on a hilltop in a thunderstorm and wait for lightning to strike you than face a showdown with your resident dictator? Does the thought of uttering the words, "you are not the boss of me," leave you sweating bullets deep in a valley of hell? If the answer to any of these is yes, it's time to go forth and reclaim your power!

In this day and age, sometimes it can be hard to tell whether you are indeed raising a spoiled brat, or whether it's just a phase. If you are feeling like the brat factor could be a little higher than you bargained for after having read this, it's time for a parental boundary overhaul. Smug feeling parents, please step to the side.

0
Comments
© 2006-2020 LoveToKnow, Corp., except where otherwise noted. All Rights Reserved.
Resources, Advice & Tips for Covid-19
Read More
6 Signs Your Child Is a Brat