As one of the true wonders of this world, identical twins are a miracle of Mother Nature and genetics coming together. Seemingly in a league of their own, you might be surprised to discover that there's even more amazingness than you thought when it comes to being a twin. Even if you're part of a set of identical twins, facts like these might surprise you. 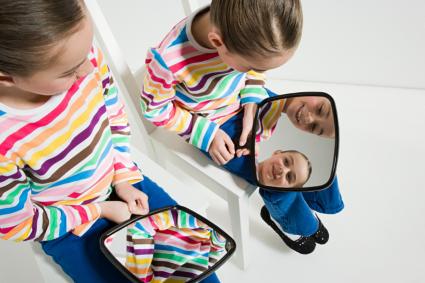 Contrary to popular belief, identical twins don't always look identical! Although they do come from the same egg, and they also start out with the same DNA roadmap, they go through a plethora of genetic changes early in their development. This means that although they start out identical, they can end up looking a little different... much like two houses can look different after being built, even when they use the same blueprint. Also, don't assume that because they are identical twins that they will be the same weight and length at birth. This is a myth. There are different factors that can affect each twins' growth in utero and it is not unusual that there may be a size discrepancy between them at birth.

2. They Don't Have Identical Fingerprints

3. They Live Longer Than Fraternal Twins 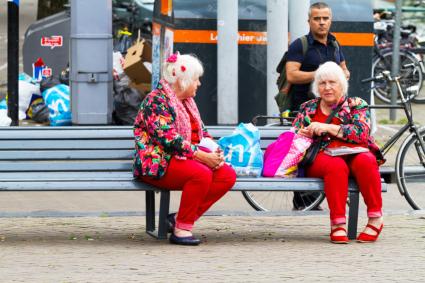 Ever wonder why identical twins seem to be able to read each other's minds? According to studies undertaken by the University of Minnesota, identical twins exhibit brainwave patterns that are similar both in shape and size, meaning how they perceive and think about things are incredibly similar. It has also been found that identical twins have similar intelligence levels due to their genetics. So while it appears that twins can communicate telepathically, it is only a myth. There is no scientific proof. This behavior is believed to be associated more with the twins' social closeness and not necessarily a supernatural bond.

5. Identical Twins Can Be Different Sexes

The world of identical twins just got even more mind-boggling! On occasion, identical twins can be of different sexes. Although they're almost always genetically identical, there have been cases where a genetic mutation occurs during development. In these cases, the Y chromosome is dropped for one twin and an extra X chromosome is added to the other. In other words, one twin may have the right combination of XX or XY while the other has XXY. This results in one normal male (XY) and one female with Turner syndrome.

6. If You Separate Identical Twins, They Still End up Similar

In the Minnesota Study of Twins Reared Apart that was conducted over the course of 20 years, evidence was found that even when separated at an early age and raised in different environments, identical twins can often end up with shockingly similar character traits and personal preferences. When it comes to nature vs. nurture, this might indeed be another point for nature!

Of course, when we're talking about genetic disorders, both twins would be candidates for the same disease to develop. However, that doesn't always mean that they will suffer from the same illnesses. Environmental factors such as the different pathogens, bacteria, microbes, exposure to certain foods, and powerfully emotional experiences outside the womb can alter their immune systems in different ways. This explains why one twin in an identical set may develop breast cancer, while the other one might remain healthy.

8. The Chances of Identical Twin Births Doesn't Increase With Age

You might already know that older women have an increased likelihood of fraternal twins, owing to the fact that they produce more than one egg per cycle. However, this age-influenced increase doesn't apply to identical twins - only fraternal. So while there are things you can do to increase your chances of having twins, don't expect those twins to be identical!

9. It's Not Just About the Identical

Did you know that a new type of identical twin was identified in 2007? Well, not so much identical, as semi-identical. The twins were identical on their mother's side but shared only half their genes on their father's side. Considering these partially identical twins are still young, the jury is still out on finding out how similar they will end up! 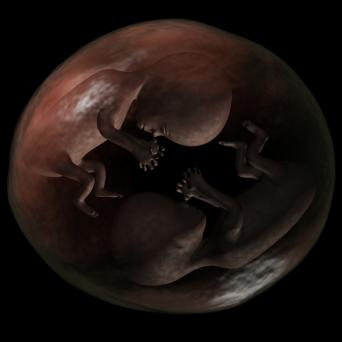 Another myth about identical twins has to do with the exact moment the eggs splits. If the eggs split on day five of development, the two embryos implant separately and develop individual placentas. However, if the split happens later, this is when they are more likely to share the placenta. Even if the placentas are split, however, they can often be so close together that they nearly fuse, looking as though there is only one.

The following are additional interesting or unusual facts about identical twins:

Twins Are an Enigma